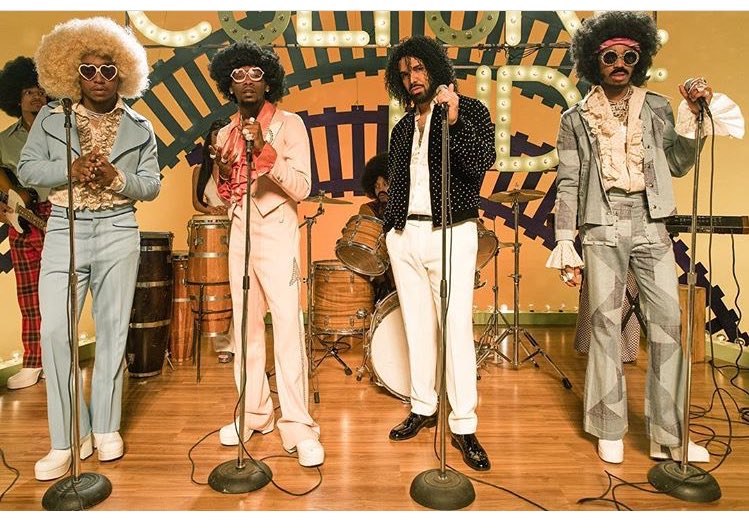 MIGOS FT DRAKE – WALK I IT, TALK IT

The Migos released their Soul Train inspired “Walk it, Talk it” video featuring Drake.  The track is off their recently released album Culture II. The video includes a Jaimie Foxx cameo. Quavo co-directed the music video.

Their album Culture II, debuted at No. 1 on the Billboard charts in January.  The album also features the hits “Stir Fry”, “motorsports” & “Narcos” – which are all still charting on the Billboard Top 100.

The music video is filled with playful quips. Chris Brown and Lil Dicky flex their dance moves. The video also features cameos from Ed Sheeran, DJ Khaled and Kendall Jenner. With who Lil Dicky switched bodies with too.

The video begins with a skit at a Chinese restaurant where Lil Dicky envisions his life as someone else. In the next scene he walks up to Chris Brown‘s extravagant life.

Tell us what you think about the videos!