VIDEOS TO LOOK OUT FOR THIS WEEK: 21 SAVAGE, OFFSET, CHRIS BROWN, DJ KHALED 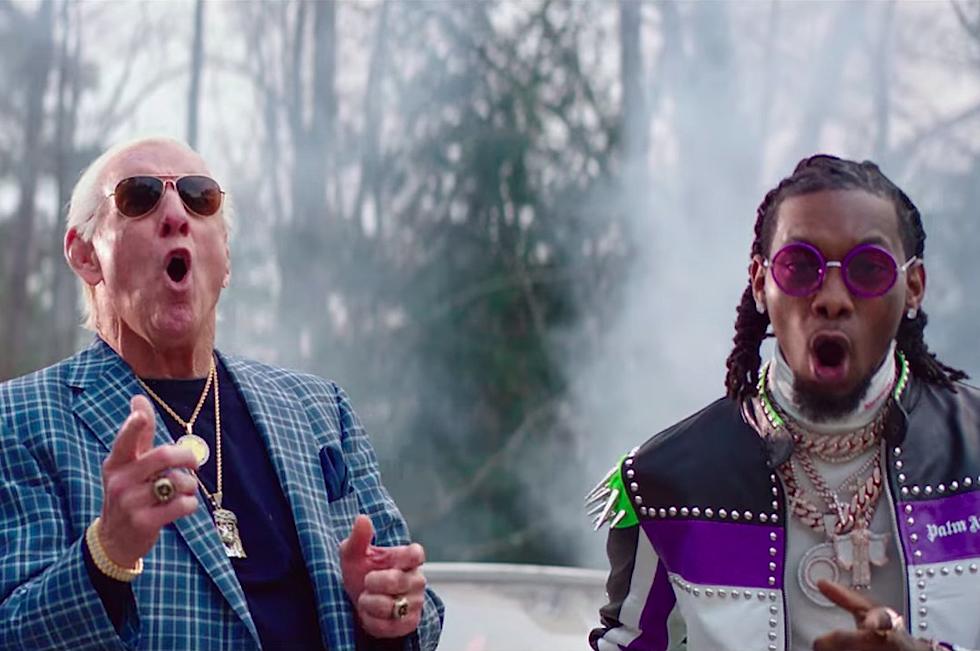 The opulent video features the ageless wrestling legend, Ric Flair. Flair steals the show with his signature charisma. The video pays homage to the 68-year-old superstar and features cameos from Migos.

In his latest music video ‘Tempo’ Chris Brown invades the suburbs along with his Halloween-Esque crew.

The single comes off his 45 tracked album eight studio album ‘Heartbreak On A Full Moon.’

The futurist video is directed by Chris Brown. Chris did not disappoint in merging post-apocalyptic aesthetic with his exquisite footwork. In the video Chris and crew bring Halloween to the neighbourhood whilst raiding houses and terrorizing homeowners.

Chris Brown delivered fresh visuals with this video. Tweet us if you think this is our modern day Michael Jackson Thriller music video?

… well, the snippet of the video.

Whether we can expect the Carters to appear in the full video is still unknown.

The crispy clean video features DJ Khaled and his adorable son Ashad. The two are in drop top Maybach. This is the second collaboration between  Khaled and the Carters. In 2017 Beyonce and Jay Z were featured in his first single ‘Shining‘ off his 11th studio album, Grateful.  The song, however,  was not accompanied by visuals.  It seems as though DJ Khaled is lending the vocals from the power couple again.

We cannot wait to see the  much anticipated visuals.

Do you think Beyonce and Jay Z will be in the full video: Tweet us your thoughts @TRACE_Inter