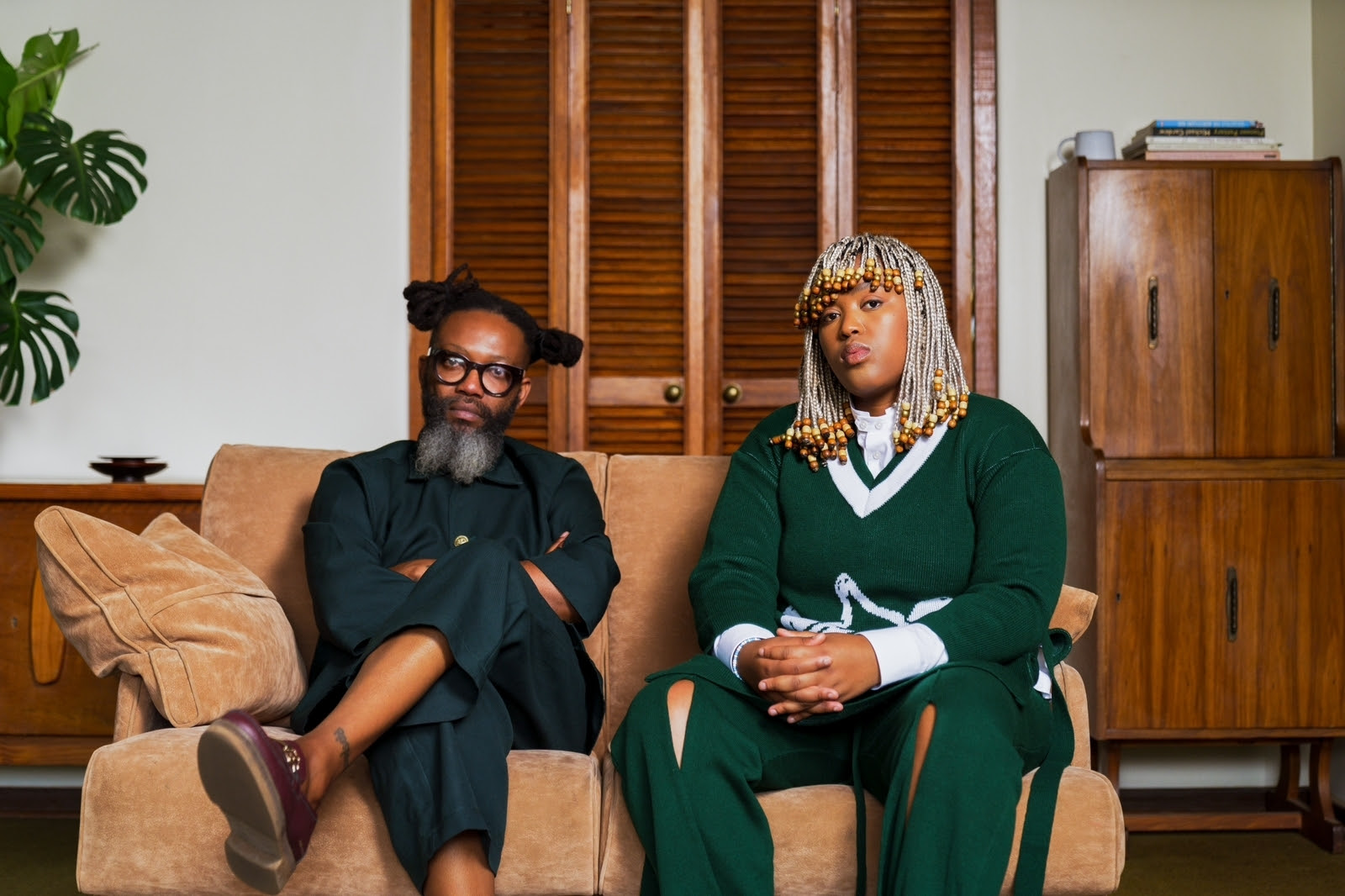 STREAM ON ALL PLATFORMS HERE

The record also features French cellist Clément Petit (who’s previously collaborated with Aloe Blacc, Ballaké Sissoko and Blick Bassy) – the 3 artists originally encountered each other when Msaki & Petit guested on Urban Village’s critically acclaimed 2021 debut ‘Udondolo’ (praised by Uncut, Loud & Quiet, The Quietus, Sunday Times), which examined both the contemporary experience of black South Africans and the horrors of Apartheid. ‘Zibonakalise’ is now streaming on all platforms from here, with a new video directed by Sanaa and Lunga “Steezus” Mthombeni available here.

New track ‘Zibonakalise’ was written by Tubatsi as a response to the COVID epidemic, but resonates far beyond. Translating as “show yourself”, the track plays out a prayer to ancestors, asking them to rise up and seeking solutions to all that feels unclear. These themes are brought to life in the striking new video for ‘Zibonakalise’, shot by up & coming South African director Sanaa (who in between commercial commissions shoots Instagram reels of Johannesburg’s townships on iPhone, capturing the everyday South African experience with candour and warmth). Speaking about the video, Sanaa says;

We dance to connect with our ancestors, we dance to fight our fears, we dance to let go & find Joy. This film is a visual poem rooted in elements of life. Marang, Nathi & Lihle are self-expressing through dance in parallel rhythm with Msaki & Tubatsi’s chant, being grateful to their forefathers. ‘Sithokozile ku boMkulu’ – ‘we are happy for you’. We see water, fire & earth being represented through each dancer in different spaces – Earth – Goodness, Feminine | Water – Purifying | Fire – Strong, Creates & Destroys.

‘Synthetic Hearts’ itself is both introspective and conversational – disentangling emotions and considering what is shared and private in the messiness of our relationships with ourselves and others. The album “speaks about having an equal responsibility to look after each other” and questions how “we express feelings of love towards each one another”, Moloi explains. Love, longing, confusion, sorrow and despondency, are opened up and negotiated. The themes of the album echo the process of its creation, as two voices and three artists find ways to balance their sounds and journey alongside each other in these songs.

As individual artists in their own rights, the discographies of Msaki, Moloi and Petit attest to an ability to shapeshift across genres. Born in East London, South Africa, Msaki moves across electronic dance, folk, pop and amapiano with ease – rooting her sound in heartfelt lyrics that express the entangled personal and political. Msaki’s sophomore album ‘Platinumb Heart’ (2021), won her both Female Artist of the Year and Best Adult Contemporary Album at the 2022 South African Music Awards, and she’s also known for multiple chart-topping collaborations (Black Coffee, Diplo, Prince Kaybee, Sun-El Musician…). Similarly, as part of the four-piece collective Urban Village, vocalist and multi-instrumentalist Tubatsi Mpho Moloi’s music digs into the strata of the post-apartheid reality, moving across folk, rock, mbaqanga and maskandi and more.

Msaki and Moloi’s folk sensibilities are present on ‘Synthetic Hearts’, even as it too defies easy categorisation, mixing live and electronic elements, as Petit teases out distinct textures from his cello. Raised in a diverse, community-based Parisian banlieu, Petit’s approach reflects his early immersion in Afro-American, Caribbean and electronic music, vast experience in contemporary and improvised music, and quest to continually reinvent instruments, rewrite the rules and find new musical languages. “He doesn’t treat the cello like a classical cellist”, Msaki notes.

‘Synthetic Hearts’ began with ideas from Petit’s archives, with Msaki and Moloi selecting the songs that resonated, to forge something new together over a week-long residency at Nirox Sculpture Park (just outside Johannesburg) in April 2021. Recorded at Jazzworx, Johannesburg and co-produced by Petit and Frédéric Soulard, it’s a body of work that intentionally reveals the inescapable brokenness at the heart of what it means to be human, and the inescapable risk of what it means to love.