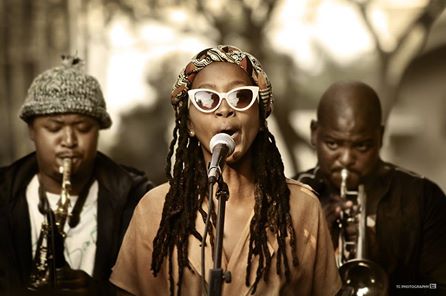 Until Until, in partnership with TRACE, bring you #LiveAtTheOffice – an  initiative created to unearth talent and bring it to the forefront of the music industry. The event features an up and coming artist every month that showcases their talent to a select group of people.

This month, The Beatbox Campus, a funky new hip-hop collective with a diverse musical influence will be taking over the #TRACEHQ.

The members of the campus bring an honest and beautiful array of talents with them to create a bouncy and melodious group, whose music has a focus on delivering relevant messages aimed at the youth.

The Beatbox Campus was established in 2012 and in only four years, has grown from being a small band in the underground scene of Tshwane, to nailing some high profile local gigs.

The instrumental set up of the band personifies new-age music, while also bringing elements of old school improvisation and spontaneity. The band is heavily influenced by hip-hop, jazz, neo-soul, indie and drum bass material making it quite a versatile group.

Stream the #LiveAtTheOffice The Beatbox Campus edition on the 30th of August at 8 PM (CAT) right here.