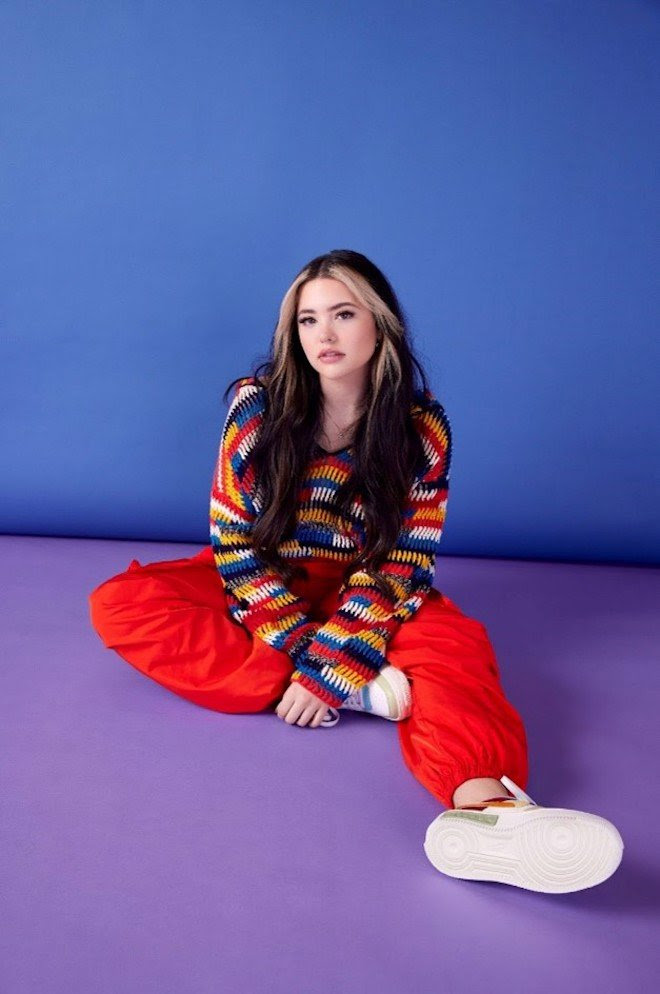 Lauren Spencer-Smith, the generational talent whose vocal and musical versatility has poised her to be the breakout star of 2022, releases her brand new single + video “Narcissist,” available today via Island Records and Republic Records. A gorgeous pop ballad with Lauren’s writing and vocals on full display, “Narcissist” was produced by Greg Kurstin (Adele, Beck, more.)  The song levels-up Lauren’s already proven ability to write hyper-specific yet universally relatable stories about love and life. Lauren is set to perform the single on The Tonight Show Starring Jimmy Fallon on August 8th.

“Narcissist” builds on the worldwide momentum stirred up by “Fingers Crossed” and “Flowers,” Lauren’s first two releases this year.  “Fingers Crossed,” her breakout single hit #1 on the Apple Music Global Chart, #1 on Spotify’s Canada and UK Charts, #2 on the US Spotify Chart, and Top 10 on the Global Spotify Chart.  “Flowers” earned highest new entry in its debut week on Spotify US & Global Charts, and debuted #1 on iTunes.

“Narcissist” arrives on the heels of last week’s announcement of Lauren’s first major headlin­ing tour across North America.  The 8-city tour of the U.S. and Canada, including stops in her native Vancouver, Chicago, Washington, DC, and New York City, will open August 11th at the Great American Music Hall in San Francisco, and wrap up at Velvet Underground in Toronto on September 3rd.

Lauren is currently in the studio working on her debut album.

Lauren Spencer-Smith will let you know what’s on her mind. When she steps up to the microphone, the Vancouver Island singer and songwriter shares the kinds of stories typically only traded by best friends long after the sun goes down. Her unfiltered feelings resonate just as loudly as her stunning vocals do, tracing life’s ups, downs, and everything in between with sharp lyrics and even sharper melodies. Balancing a job, school, and teaching herself piano and guitar, she prolifically posted videos to social media. One day, she sang Lady Gaga’s “Always Remember Us This Way” from A Star Is Born in her dad’s truck. The ensuing impromptu clip (filmed by her father) exploded with tens of millions of views on Facebook. American Idolinvited her to appear on the 2020 season and she placed in the Top 20. Countless songwriting sessions followed as she honed her chops alongside several well-known producers and more independent talent. In the midst of the COVID-19 lockdown, she launched her TikTok page with a steady stream of content. She gained traction on streaming platforms with a stunning cover of Olivia Rodrigo’s “All I Want” and originals such as “For Granted” and “Back To Friends.” However, “Fingers Crossed” primed her for a major breakthrough. A smartphone video of Lauren’s unplugged performance of the song set TikTok ablaze, generating over half-a-billion views on the platform, eclipsing over 400 million streams globally, and hitting Top 10 at Pop & Hot AC radio. After earning acclaim from Billboard, Genius, Stereogum, and more, Lauren properly introduces herself on a series of 2022 singles and her forthcoming full-length debut [Island Records/Republic Records].