Kendrick Lamar closes out the year with a bang as he has just released the video for his DAMN track ‘LOVE.” featuring Zacari.

Directed by his long-time collaborator Dave Meyers and the Little Homies (Kendrick himself and Dave Free), the video traces the ups and downs of a relationship through a series of shots set at the same kitchen table. We see K-Dot and his girlfriend loving each other and then arguing until there’s no one else around him and no food on the table. After that we see him riding around town with a friend and then posing info front of a gray backdrop with a group of women dressed in black. 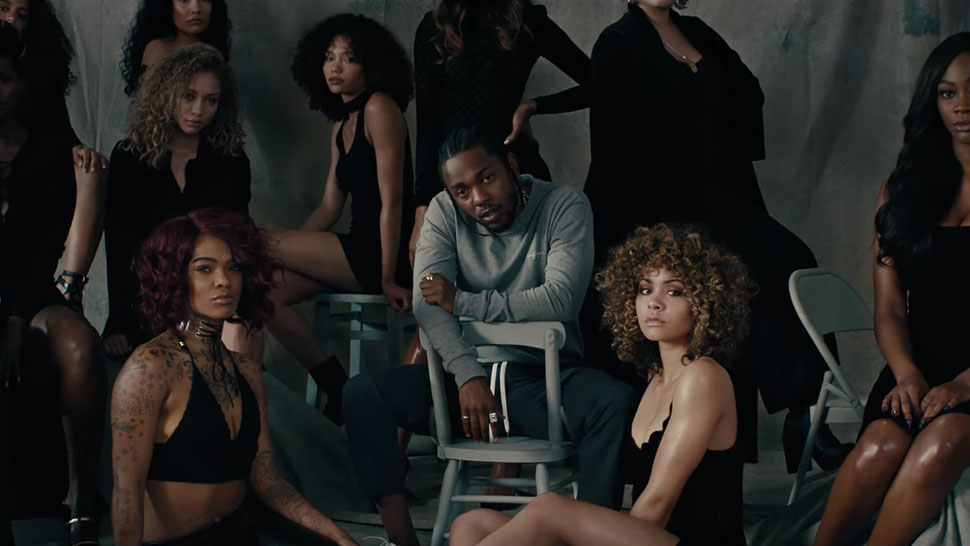 There is also an interesting detail hidden in the video that caught the intention of the bravest of us all. Around the 1:55 mark, the rapper teases the Black Panther soundtrack.

As if the movie couldn’t get any blacker, Kendrick Lamar essentially confirmed that he’s involved with the ‘Black Panther’ soundtrack. I love it. pic.twitter.com/YcEvFRF1gL

This is DAMN.’s fifth video following “LOYALTY.”, “ELEMENT.”, “DNA.” and “HUMBLE.”. On top of dropping incredible visuals all through the year, Kendrick racked up 7 nominations for the 2018 Grammy Awards and recently released the deluxe edition of his album, including tracks in reverse order and alternate artwork.