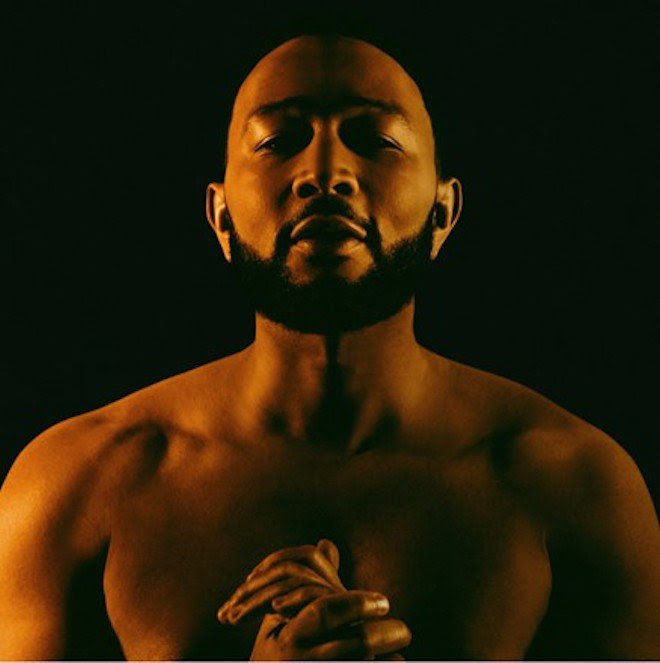 OUT SEPTEMBER 9TH VIA REPUBLIC RECORDS

STREAM THE THIRD SINGLE OFF THE LP,

“ALL SHE WANNA DO” FEATURING SAWEETIE

Legend Kicks off the Second Leg of his Critically Acclaimed

LEGEND marks the first time the musician has officially embraced the iconic meaning of his name throughout his illustrious career. “Until this point, I’ve never used an aspect of my name as the title of an album,” Legend explains. “I had to earn that, to live up to it by delivering in the performance and the music. And this is me saying, I’m proud of who I am, I’m confident in the work I’ve done, and I’m just going to declare it.”

In conjunction with the announcement, Legend released the latest single from the project titled “All She Wanna Do” featuring Grammy Award-nominated rapper Saweetie. Immediately addictive and utterly uplifting, the track was co-written and produced by Ryan Tedder, Monsters and Strangerz, Zach Sketon, Andrew DeRoberts, and Halatrax.

In addition, today Legend kicked off the second leg of his critically acclaimed residency, “Love in Las Vegas.” The residency will run from August 5th – October 20th and October 14th – October 29th.  Billboard previously raved about the show, saying “…Legend held the full house in his hands as they danced, screamed and aah-ed their way through a generous set encompassing the multiple Grammy winner’s eight-album catalog of hits and fan faves.”

6 All She Wanna Do

12 All She Wanna Do ft. Saweetie

5 I Want You to Know

7 The Other Ones ft Rapsody

Multiplatinum artist John Legend has garnered twelve Grammy Awards, an Academy Award, a Golden Globe Award, a Tony Award, and an Emmy Award, making Legend the first African American man to earn an EGOT.  Legend has released seven celebrated albums over the course of his career, including, Get Lifted (2004), Once Again (2006), Evolver (2008), Love in the Future (2013), Darkness and Light (2016), A Legendary Christmas Deluxe (2019), and most recently, Bigger Love (2020).  Recently, Legend launched his critically acclaimed Las Vegas Residency entitled, “Love In Las Vegas” which began on April 22, 2022, at Zappos Theater at Planet Hollywood Resort & Casino.  Legend starred in NBC’s “Jesus Christ Superstar Live in Concert” in 2018, winning an Emmy for Outstanding Variety Special and was nominated for Outstanding Lead Actor (Limited Series). Legend joined the Emmy-nominated show, The Voice, for Season 16 (2019) and most recently wrapped Season 21 as a coach. John is also a partner in Get Lifted Film Co., serving as an Executive Producer for Giving Voice, Jingle Jangle: A Christmas Journey, Atlanta’s Missing And Murdered: The Lost Children, Sherman’s Showcase, And Sherman’s Showcase: Black History Month Spectacular, Rhythm + Flow And La La Land. As a philanthropist, Legend initiated the #FREEAMERICA campaign in 2015 and most recently, founded the initiative, HUMANLEVEL, which is igniting systematic change and building racial equity across American cities and communities.