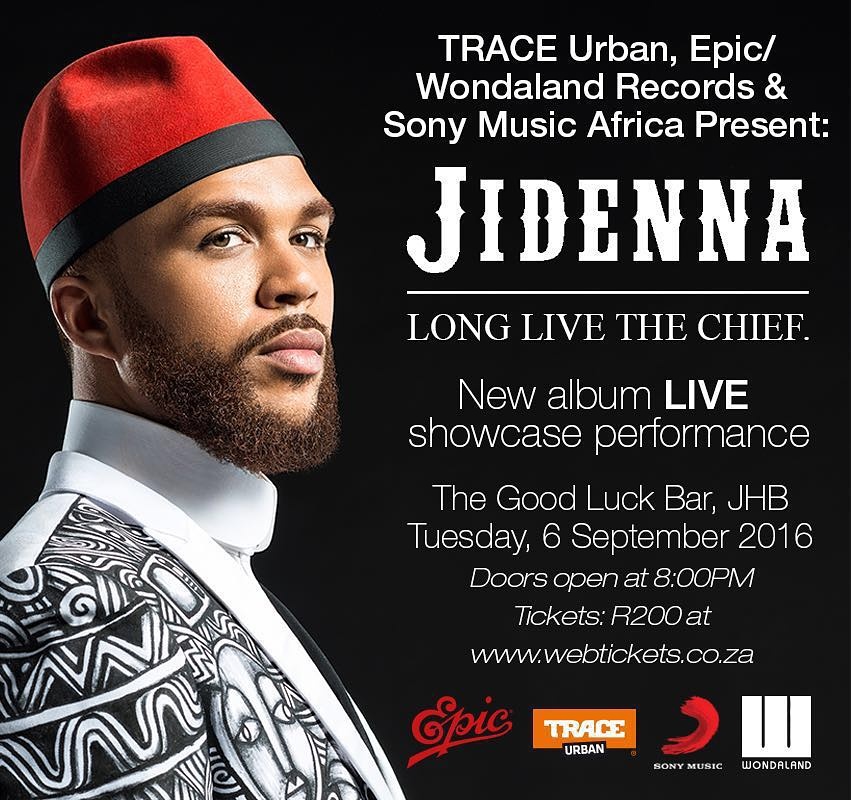 Jidenna will be in Johannesburg, South Africa, for a one-night-only live album showcase this coming week!

To mark the worldwide launch of his anxiously awaited debut album, Long Live The Chief, Jidenna has been touring the African continent for a series of exclusive performances, album release parties and the filming of a BBC documentary, which will chronicle his journey home to Nigeria.

Since bursting on the scene in 2015 with his Grammy nominated debut smash, “Classic Man,” from Wondaland’s compilation EP, The Eephus, Jidenna has been blazing a bright trail in the worlds of music and fashion. The swank master of ceremonies’ distinctive swagger and style – both musically and sartorially — quickly established him as one of 2015’s hottest breakout stars.

Long Live The Chief’s first single “Little Bit More” captures Jidenna’s varied influences and heritage against a background of pulsing Afrobeats drums, hinting at what’s to come on the rest of the album. Speaking on the album, Jidenna shares his thoughts: “The record as a whole represents all my experiences of the many worlds I’ve lived in and traveled through from Lagos to Los Angeles. “Confidently standing at the intersection of high-fashion, globetrotting, activism, and groundbreaking art, Long Live The Chief functions as a statement for modern music and culture at large.

TRACE Urban will offer a select number of guests the opportunity to experience Jidenna LIVE this week on Tuesday, 6 September at Good Luck Bar in Johannesburg.

Go to Webtickets for your ticket today!