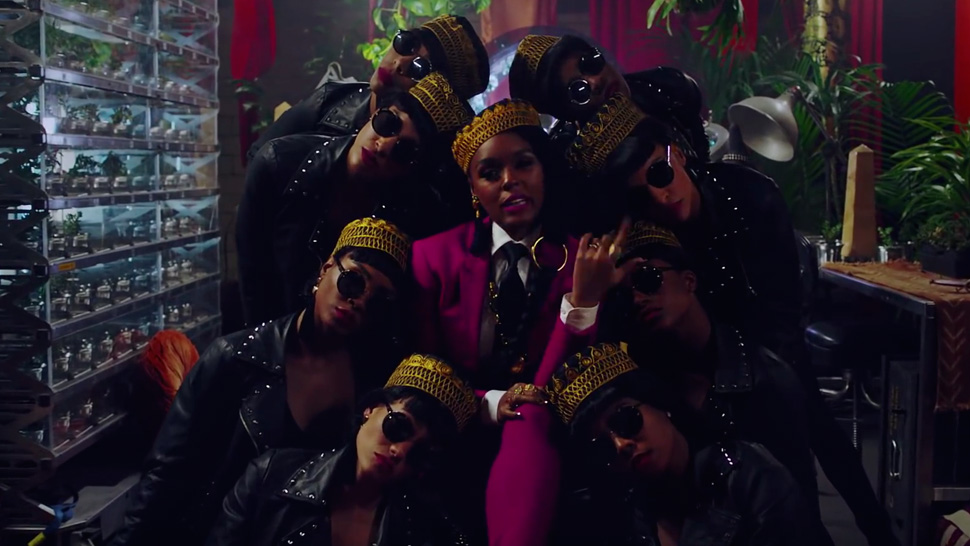 This is what you call a come back ! After teasing its impending release last week, Janelle Monae has now revealed the release date of her third full length album in five years. Titled Dirty Computer the project is due out on April 28 via her own imprint Wondaland Records.

Today, she has premiered two new videos for the album’s first singles, “Make Me Feel” and “Django Jane.”

« Make Me Feel» is an 80’s funk revival track and an obvious tribute to both late musical icons Prince and Bowie and their queer personas. Actress Tessa Thompson (Monae’s rumored girlfriend) makes an appearance in the highly sensual and flashy video directed by Alan Ferguson, Solange’s husband.

On the other side « Django Jane » is a trap-filled ego trip track that has Janelle spitting some fierce bars. Celebrating her melanine and her femininity, the singer is surrounded by a whole female squad as she sits on a throne. Iconic.