Here are 5 times Beyoncé got her inspiration from African culture 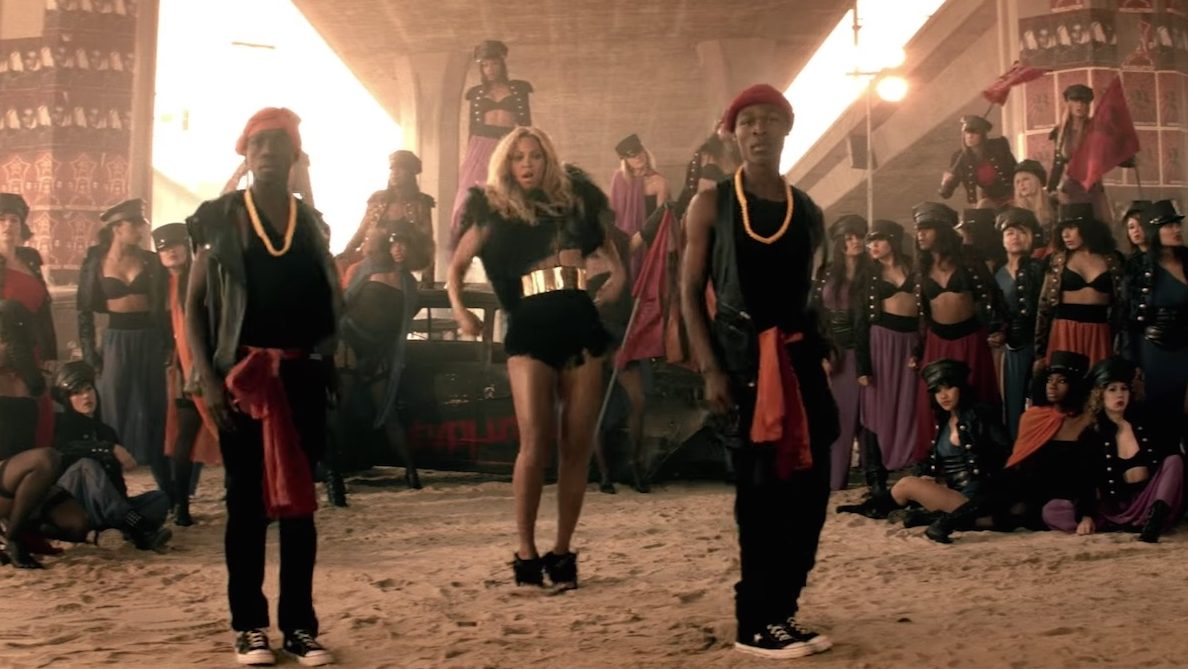 From her OTR 2 poster to her 2017 Grammy Awards performance, here are 5 times Beyoncé got her inspiration from African culture.

It’s official, Mrs and Mr Carter are back on the road together for the second edition of their On The Run tour. The couple announced the big news in visuals that were clearly inspired by a vintage Senegalese movie. We thought it might be a good time to take a look back at the times Queen Bey looked to the continent for inspiration.

For their On the Run II tour’s promo visuals, Queen Bey and Tidal’s boss Jay-Z are seated on a motorbike adorned with a bull’s long-horned skull. A picture directly inspired from the senegalese movie Touki Bouki, realised by Djibril Diop Manbéty in 1973. A classic of African cinema to watch again and again.

In 2011 Queen Bey released the video for her new hit “Run The World”. The artist is seen performing an incredible choreography surrounded by an army of dancers and among them  : Tofo Tofo. A Mozambican dance crew who taught Beyoncé those incredible footsteps. Check This Out !

During the 2017 Grammy Awards, the baby mama makes her first apparition since she announced her pregnancy in a shiny gold dress. An homage to Yoruba deity Oshun, goddess of sexuality and fertility.

Still in 2017, Bey & Jay throw an African-themed baby shower to celebrate Rumi and Sir’s arrival. On her Instagram Beyonce’s mother posted a video of Kelly Rowland and Serena Williams wearing african dresses and wishing a happy “Carter Push Party” on Feta Kuti’s song. What a program !

Back in 2016 Beyonce released her sixth album Lemonade.  In the “Sorry” video, Bey’s dancers have their skins covered with white  drawings. The 35-years-old singer called upon yoruba artist Laolu Senbajo to realize the paintings

The result is quite mesmerizing !