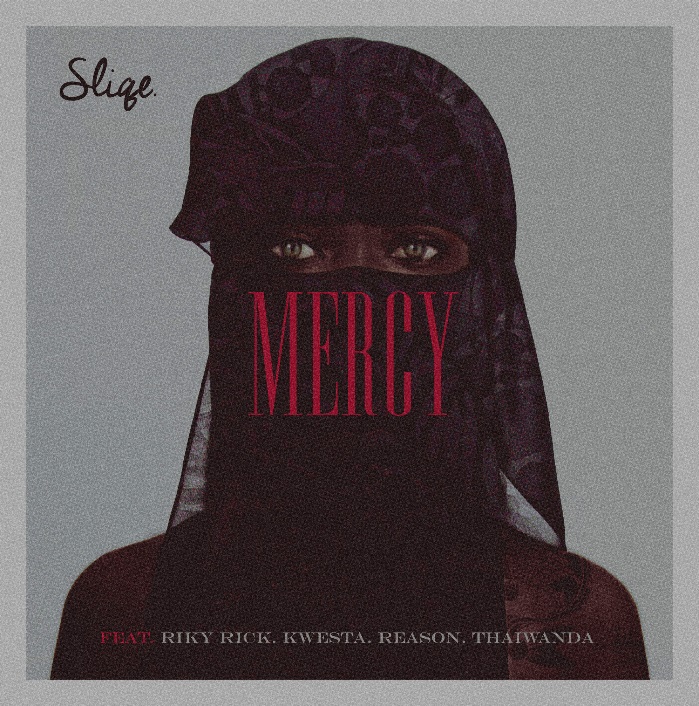 The talented producer has teamed up with some of the coolest kids on Mzansi’s hip hop scene to bring us a new hit single – “Mercy”.

“The song is inspired by the ongoing struggle in the hip hop industry -trying  to break out, being able to release what you want, when you want and the general fight for success,” 24 year-old Slique says of his project.

He chose to work with Kwesta, Riky Rick, Reason and Thaiwanda  for their varied style in music making: “Thaiwanda has dreadlocks and is in many ways a Rastafarian street warrior, which I love because I wanted  that ragga approach. The beat is very catchy, it’s quite trippy so I wanted it to have a conscious flow to it to balance it out, so I approached Kwesta and Reason for this because I know they do that well. Riky Rick has a style about him, so I felt he would be great in terms of giving the song some commercial appeal.”

“Mercy” is set for release on iTunes on Friday, May 27 and has already received the nod from industry tastemakers.

DJ Slique is also working on his album, which is set for release around August.

“I think this [Mercy] is the last trap sound I’ll put out. My sound is very ratchet. It’s local and fresh.  I make music for the streets, for people who really love hip hop. People can expect to hear a lot more of that from me,” the hit-maker says.