Davido and Olamide win big at the Nigeria Entertainment Awards 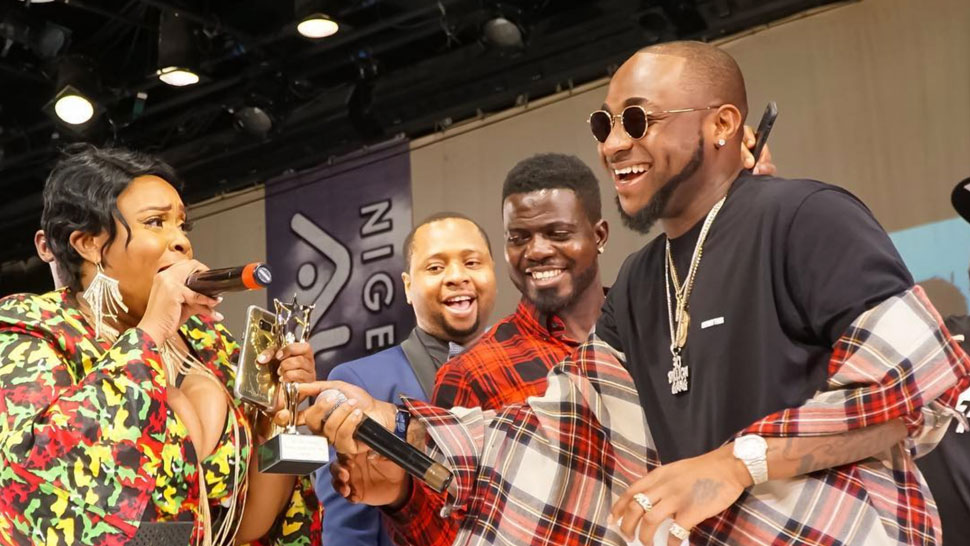 This year, Olamide and Davido were the big winners as they took home multiple awards including Best  Album and Best Rap Act for the rapper, and Best Afropop Male Artist of The Year and Hottest Single of The Year for the “If” singer.

Many top industry acts attended the ceremony including Seyi Shay, Sherman, Dremo, Barbee, DJ Self, Gbenro Ajibade and Young Paris among others. Olamide even performed to closes out the show !

Album of the Year: Glory (Olamide)

Hottest Single of the Year: If (Davido)

Rap Act of the Year: Olamide

Indigenous Artist of the Year: Phyno

Diaspora Artist of the Year: Jidenna

Inspirational Artist of the Year: Sinach

Most Promising Act to Watch: Deshinor

Music Producer of the Year: Krisbeatz