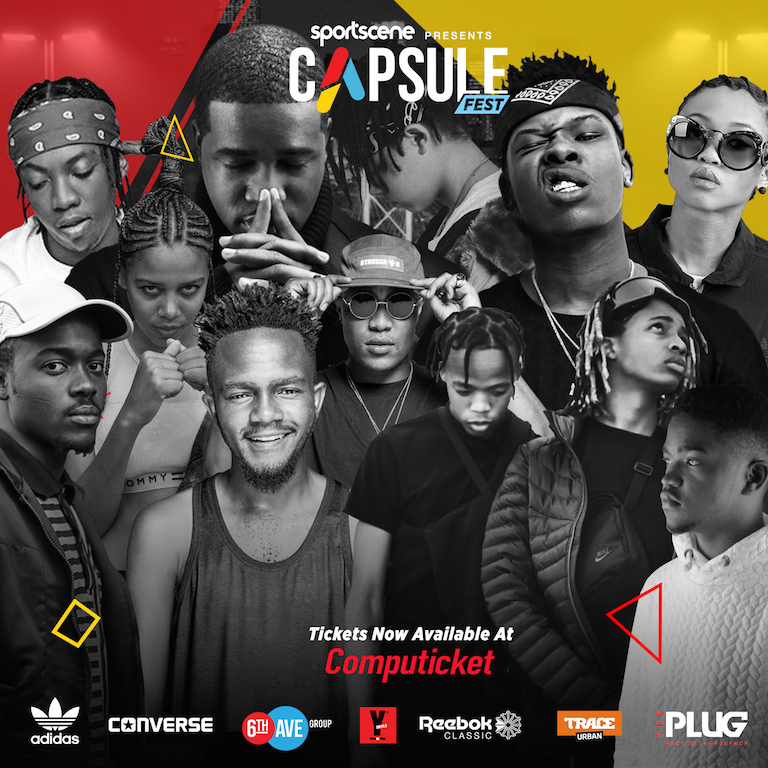 With the Capsule Festival right around the corner, event organisers 6th Ave Group, have announced their special focus on young South African talent.

TRACE Urban, the official media partner, is in full support of this endeavor to support up and coming artists.

“With the street culture scene being this big in SA right now, focus on young talent is just a natural way of supporting the growth. Since Capsule Fest is all about the culture and purely investing in it, the environment is set up to be safe and family friendly with young people playing a huge part in the festival”, says organiser Nick Kaoma.

He adds “The curated lineup is a collection of SA’s finest young artists and DJ’s from across the country with different offerings for the various markets attending the festival”.

Additions to the main stage include multiple award-winning rapper Kwesta and DJ’s Milkshake, Loyd, Capital and Twins on Decks.

Alternatively tickets can be purchased online on Computicket.com