Beychella : Beyoncé has snatched our souls 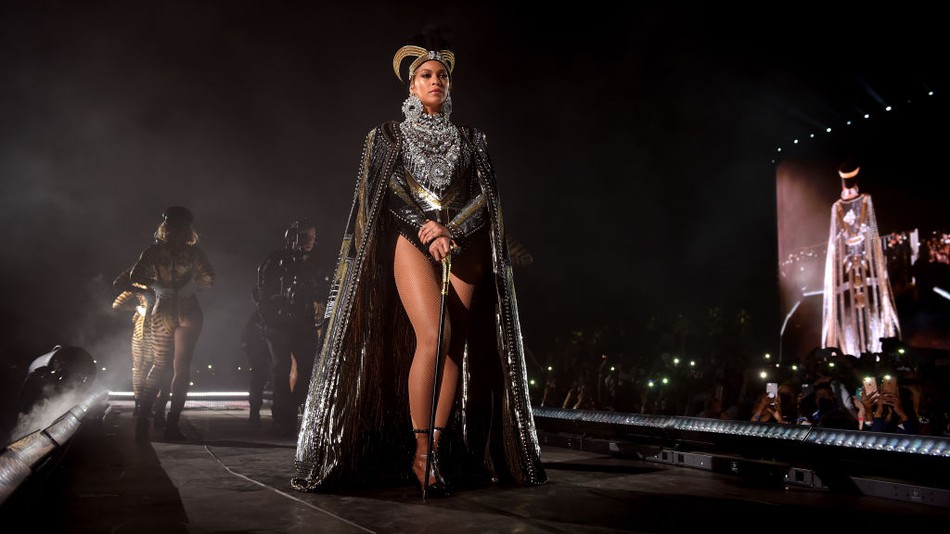 One year after skipping Coachella due to her pregnancy with her twins, Beyoncé returned to the music festival with a memorable performance, which started with a drum line and the songstress introducing herself as a modern-day Nefertiti in beautiful custom made Balmain attire. That intro made it clear that our souls were about to be snatched at #Beychella

Beyonce is officially the first artist to snatch the wig off the entire world. #Beychella pic.twitter.com/7KpCoI5wGb

BEYCHELLA: BEYONCE SHOWED UP AND SHOWED OUT

We cannot deny that Beyoncé blessed the Coachella stage. She told the crowd, “Thank you Coachella for allowing me to be the first black woman to headline. Ain’t that ‘bout a bitch?”. The 2-hour performance included a surprise appearance from Jay-Z, a Solange dance-off, a Destiny’s Child reunion, Black-American college theme, the return of Les Twins, male dancers and several other elements that made the production  spectacular.

Beyoncé’s Coachella performance wasn’t just a great performance, it was an important historic cultural moment. Her 26-song set featured her best material from a staggering back catalogue.

Beyoncé had the audacity to turn the whitest function of the year into an HBCU Homecoming. We don’t call her Queen for no reason.

She opened up with 2003 hit single “Crazy in Love”, she then transitioned into “Freedom”, “Formation” and “Sorry” from her 2016 visual album Lemonade. During “Sorry”, she mixed in verses from : “Me, Myself and I” and “Kitty Kat”.

THE KNOWLES SISTERS BREAK IT DOWN

Beyoncé also brought her sister, Solange, on stage. The two danced to “Get Me Bodied”. This isn’t the first time the sisters have been on stage together at Coachella. Well, Beychella now!

A TEASE OF ON THE RUN II

Jay Z joined Beyoncé on stage. The power couple brought back to stage their 2006 single Déjà Vu. The two are preparing to go on a world tour.

What was your favourite moment from #Beychella ? Tweet us your thoughts @TRACE_inter