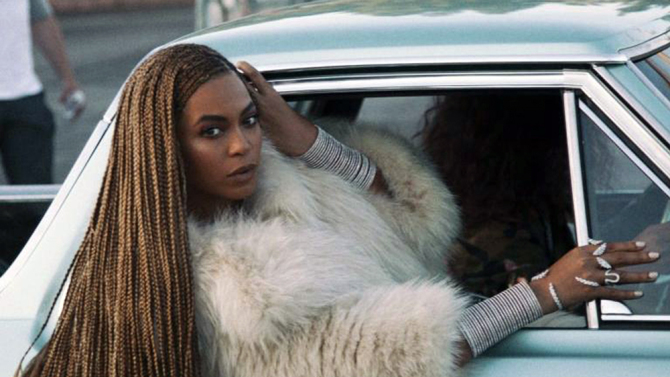 It’s been a hot minute since we haven’t talked about Queen Bey.

Since releasing her “Lemonade” album a little more than a year ago on April 23rd, 2016, following an HBO special that featured videos for every track on the record, Beyoncé has has now assembled “The How to Make Lemonade Box Set,” described as a “momentous tome and comprehensive look” at her “’Lemonade’ journey.”

Going for $299.99 in a limited edition of 2,500 copies, the set will offer “unprecedented insight” into the making of the album, with a numbered, collector’s, 600-page coffee table book, a first pressing of the double-vinyl LP, and assorted audio and visual album downloads.  The vinyl discs come in a lemon color… because of course.

What will it include?

The hardcover book includes hundreds of new photos from the making of “Lemonade,” and shows the inspiration and themes behind some of the film’s most “provocative and cryptic” moments. The foreword is written by Dr. Michael Eric Dyson with poetry by Warsan Shire. Beyonce’s personal writing and lyrics are interwoven throughout the book.

The box set and the vinyl release can be pre-ordered now, and will be shipped sometime this summer.