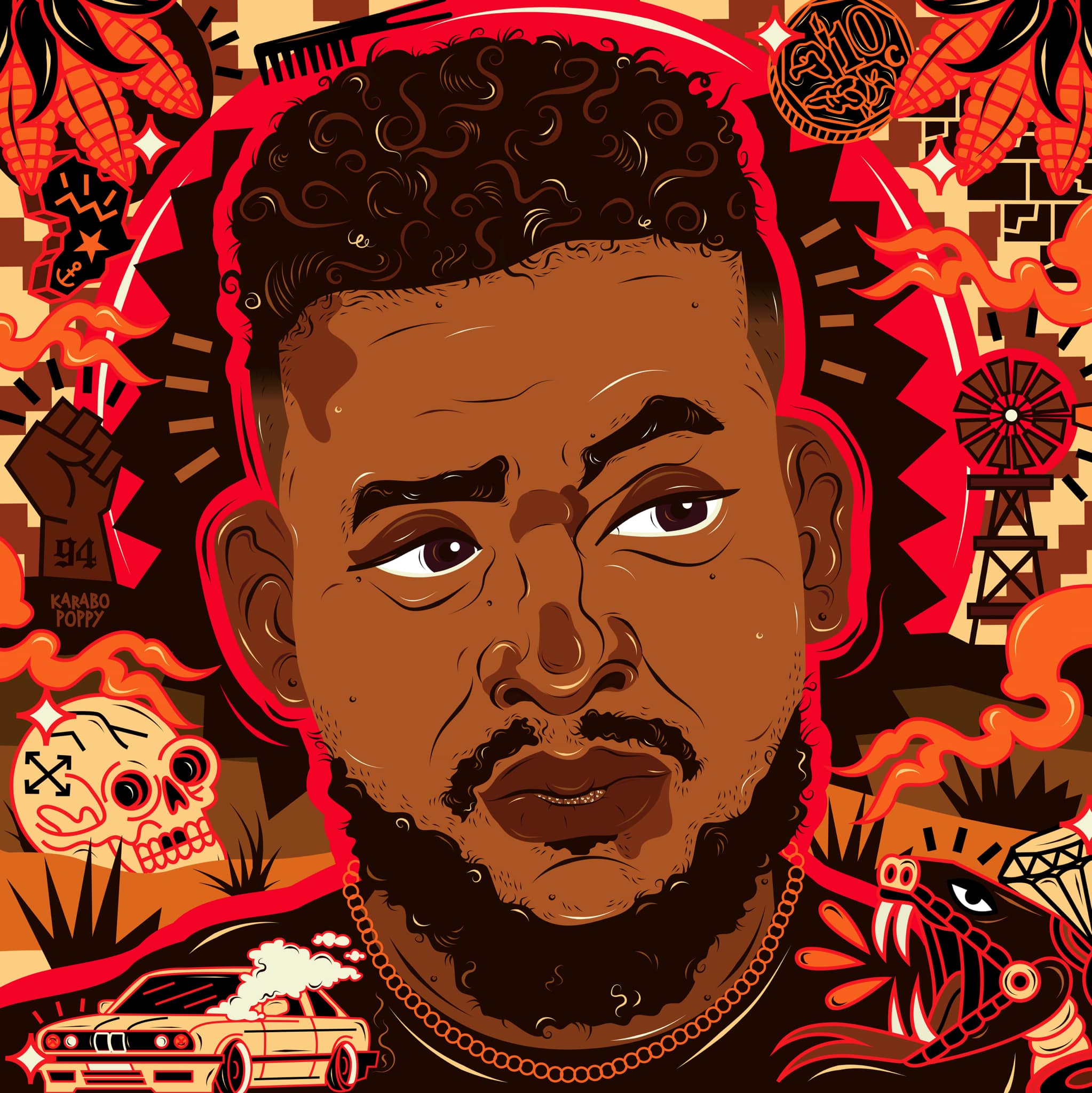 As the season gets closer, and as the mood intensifies South Africa’s highly acclaimed megastar, AKA has come forward to share the official cover art to his much-anticipated album, “Mass Country”.

The newly designed cover art was done by trailblazing illustrator, Karabo Poppy, which showcases the long-shaping culture of SA’s history.

Making the announcement, AKA posted to his social media (Tuesday evening) the official cover art and release date by writing:

Over the past months, AKA had constantly been teasing fans about his new body of work with behind the scenes footage of him in the studio with the likes of Nasty C, and Stogie T, among others.

Keeping the energy going the Mzansi rapper previously had a sit down for an interview with media personality Siya “Slikour” Metane in an Unplug session to talk about his comeback, upcoming project, and what the current local Hip-Hip community meant for him.

The rapper opened the interview with an in-depth dive into his continued musical success over the past few years, before announcing the release date for his new album. But as we well know Supa Mega for fondly changing his mind the rapper has now made public the official release date as 24th February 2023.

Aspiring AKA followers can now relax as the Megacy is done cooking, ready to serve to his fans his new concentrated album.

The releases of, “Lemonds (Lemonade)” featuring Nasty C and “Paradise” featuring South Africa’s Musa Keys and Ghanaian singer Gyakie, have since seen the rapper’s continued pivoted success to different levels. Maintaining his composure, the rapper has out willingly performed his best and delivered on a silver platter to all his fan’s undying wishes.

It has since been four years since AKA dropped a solo album, following his last project, “Touch My Blood”, which was released on 15th June 2018 through Beam Group in partnership with NYCE Entertainment.

As we wait to finally grab a hold of the new album, we can certainly agree that it will very much have been worth the wait, following the taste of his previous releases.