Actor ‘Nay Maps’ debuts his new single I’ll Be There 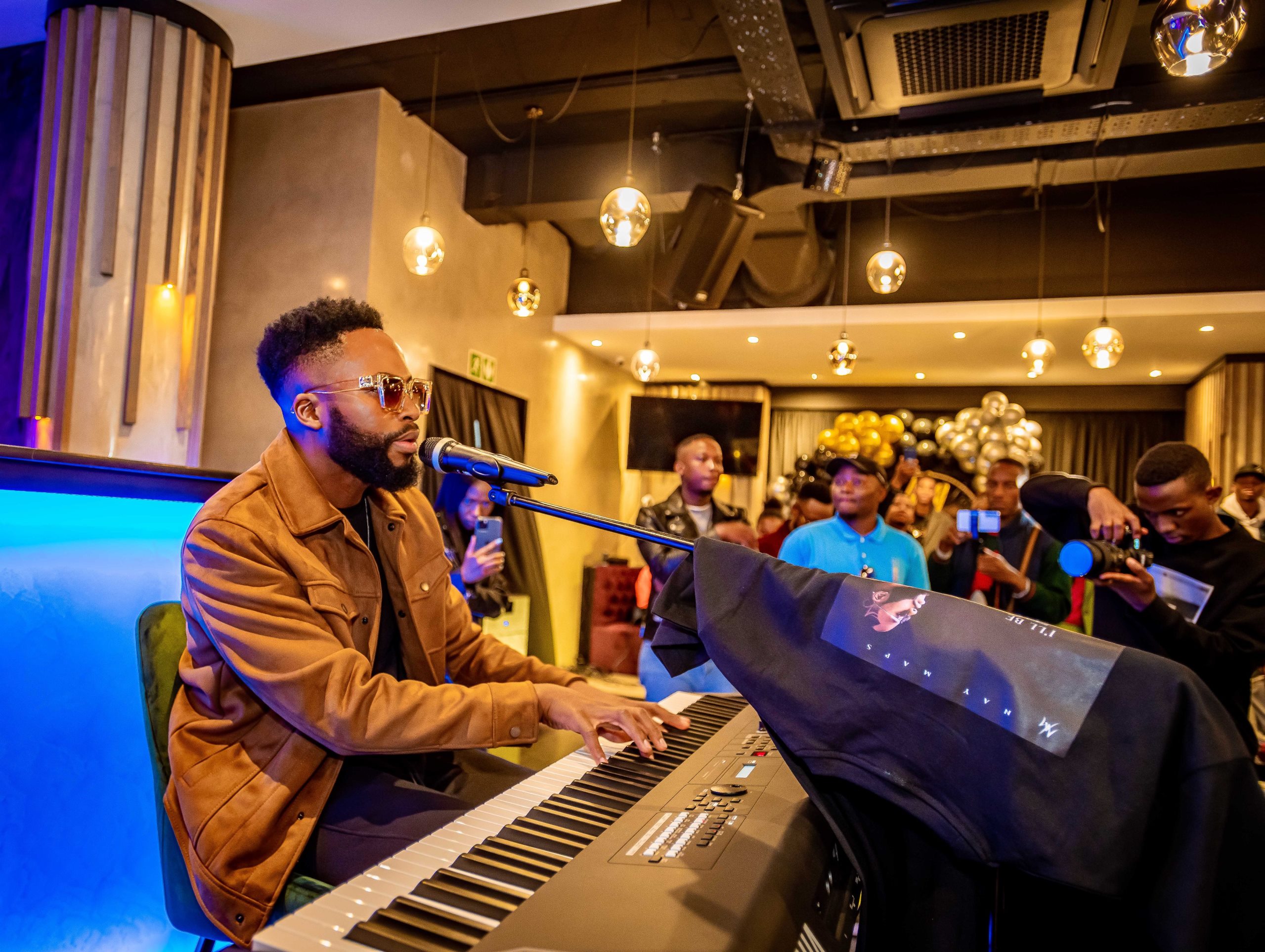 Nkosinathi ‘Nay Maps’ Maphalala, one of South Africa’s admired actors launched his official debut single titled I’ll Be there on Wednesday evening at an intimate setting hosted at White lounge in Sunninghill, in collaboration with Bombay Sapphire.

Those who were on the guest list included his close friends, family, celebrities, and members of the media.

This has been a long time coming, Nay Maps’ music has been highly anticipated by fans as he has been giving them snippets of his great talent in music, be it on the Piano, or Vocals on the microphone.

Nkosinathi comes from a musical family, his parents, an Apostle, Simeon Maphalala, who is now late, as well as his mother, Xoliswa Maphalala have always loved music and have been musicians their whole lives.

“As a boy growing up my parents would make me sing at events and push me to perform on stage as they saw the gift I possessed with Music and Storytelling,” says Nay Maps.

In this song, Nay Maps bears his heart out by poetically expressing how he’ll be there for his lady no matter what.

This is the official beginning of his solo music career. Nay has come a long way from his early beginnings on Uzalo and has evolved since then, his career opportunities have only become more abundant and is currently preparing for Season 2 of Umkhokha on Mzansi Magic & Showmax.

“I am excited and truly honoured to share this intimate piece of me with the people I love the most, my family and friends and I hope that the rest of South Africa will also appreciate what I have been meaning to share with them for such a long time now, my music. There are a few things in the pipeline that cannot be mentioned for now, be on the lookout for more exciting projects that I’ll be sharing when the time is right,” concludes Nkosinathi.