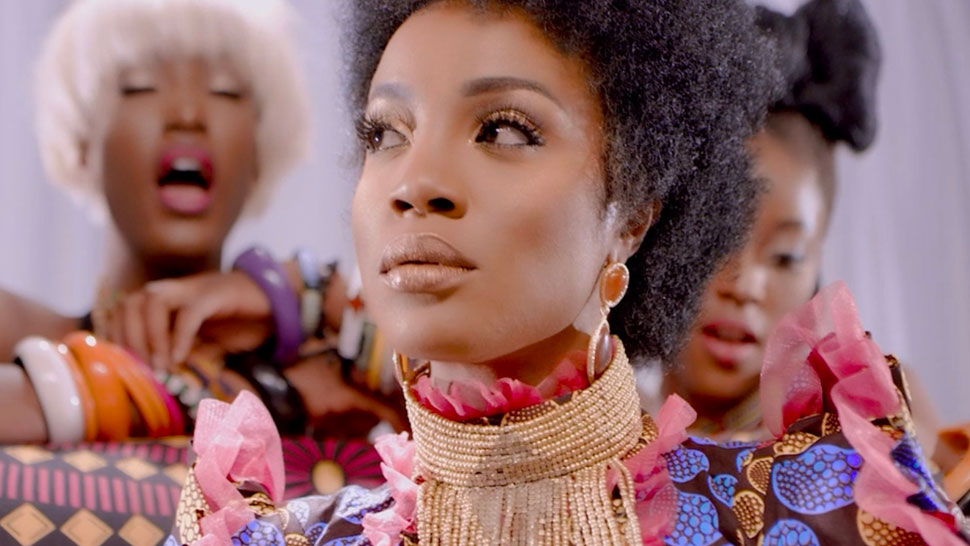 From Seyi Shay’s dance moves in the “Bia” video to Migos’ mini Kung Fu film for “Stir Fry”, here are the 6 music videos you need to watch this week.

In this Clarence Peters-directed video, Seyi Shay is a dancer, a queen, an afro-futurist warrior and so much more. We can’t get enough of her fierce looks as well. Gorgeous.

Davido is unstoppable. It feels like the Nigerian superstar has decided to start 2018 with a big challenge : release or feature on at least one new track every two days.

Justin Timberlake – Man of The Woods

So Justin Timberlake’s new album Man of The Woods is out and just as promised here is the 4th video off the project. The title track produced by The Neptunes  is a sort of trap country track that have us a little bit confused… See and hear for yourself.

Yasss. A couple of months after dropping their collaborative single “I’m available”, Waje and Yemi Alade just dropped the video. In the video the two women have a girls’ night in  with a bride to be and her bridesmaids. Directed by Ovie Etseyatse.

Migos fight a triad boss in a Chinatown tong-style bar in this video directed by Sing J.Lee and Quavo himself. The Pharrell-produced track is one of the three singles from Culture II and the video is kind of a tribute to the golden age of kung fu flicks.

Di’Ja ft. Tiwa Savage – The Way You Are

Another woman collab’ made in Nigeria and this time it features Di’Ja and Tiwa Savage. The two artists are the witnesses of two love stories that start in a club and then in a cab.

We’ve been following Sango and Xavier Omär since the latter still went by the name of SPZRKT. The two artists collaborated once again on Sango’s latest album In The Comfort Of and more precisely on the single “Sweet Holy Honey”. The mellow R&B track is now accompanied by heavenly visuals that finds the two artists injured in a car accident before being rescued by angels.