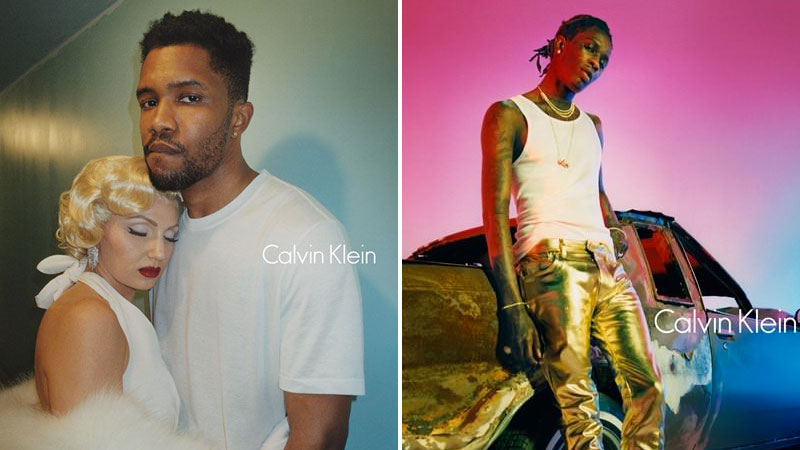 Young Thug and Frank Ocean have been chosen by Calvin Klein to star in their new Fall 2016 campaign next to other celebs such as top model Kate Moss. We can’t wait to be in September!

Fans have been waiting for Frank Ocean’s new album for four years now. It is believed to drop late July, but there is one thing fans can be sure of – they’ll be able to see the singer in the next Calvin Klein campaign, alongside with Young Thug.

Thugger is one stylish rapper so it’s no surprise they thought about him for their campaign. He and Frank Ocean will also join soccer star James Rodriguez and model Kate Moss as the faces of Calvin Klein. The fashion house announced it on their Snapchat account.

Many other artists have already collaborated with Calvin Klein on their #MyCalvins campaign, such as Kendrick Lamar, Justin Bieber, Fetty Wap or Kendall Jenner.

This year may well be Ocean’s year as he’s said to make his comeback in the music industry but also the fashion industry. And when it comes to Young Thug, you can be sure the money he’ll earn thanks to this campaign will serve to offer gifts to his family.

Watch the first images from the campaign below: