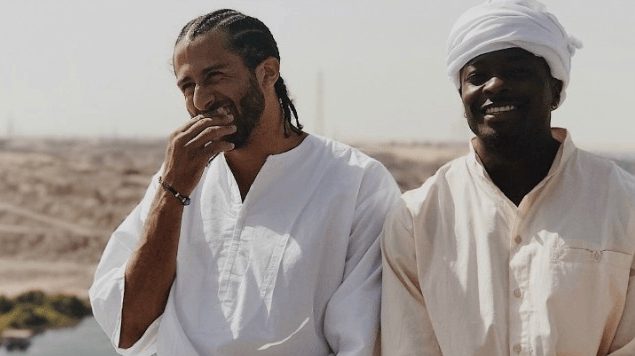 Colin Kaepernick took to social media on the Fourth of July to explain why he took a recent trip to Ghana to find his own independence.

“What have I, or those I represent, to do with your national independence?” – Frederick Douglass. In a quest to find my personal independence, I had to find out where my ancestors came from. I set out tracing my African ancestral roots, and it lead me to Ghana. Upon finding out this information, I wanted to visit the sites responsible for myself (and many other Black folks in the African Diaspora) for being forced into the hells of the middle passage. I wanted to see a fraction of what they saw before reaching the point of no return. I spent time with the/my Ghanaian people, from visiting the local hospital in Keta and the village of Atito, to eating banku in the homes of local friends, and paying my respects to Kwame Nkrumah’s Memorial Park. I felt their love, and truly I hope that they felt mine in return. “

How can we truly celebrate independence on a day that intentionally robbed our ancestors of theirs? To find my independence I went home. pic.twitter.com/hniYGJeLxG

During his trip to Africa he also visited Egypt with 49ers receiver Marquise Goodwin last Saturday.

The two men have been checking out several sites in Egypt, including the Temple of Horus in Edfu and the Temple of Philae in Aswan. If you scroll through the collection of pictures below, you’ll see another photo (and a video) of Kaepernick hanging out with Goodwin.