BEYONCE AND JAY Z KICK OFF ON THE RUN TOUR 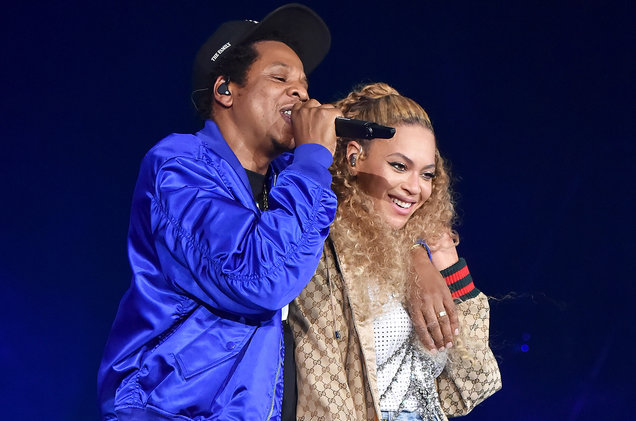 The day we been waiting for is finally here. The Carters kicked off their On The Run II tour last night in Cardiff, London.

The most buzzworthy moment from the concert are the visuals from the couple’s apparent vow renewal ceremony. In the intro skit Beyonce and Jay Z are holding the cutest babies and sources have confirmed that they’re unfortunately not Sir Carter and Rumi.

Beyoncé & JAY-Z renewed their vows together with Blue and The Twins ❤️ 💙#OTRII #Cardiff pic.twitter.com/MlPnV8lo0L

On The Run II is the first time a skycam has ever been used live in concert. Intuitive queen. #OTRII pic.twitter.com/qFyMTQJ22o

The superstar couple made their entrance in an elevator. 100 % capitalizing on the infamous 2014 Met Gala elevator fight between Solange and Jay- Z.

The couple gets a little personal with home videos while Beyonce sings beautifully to Ed Sheeran’s “Perfect”.