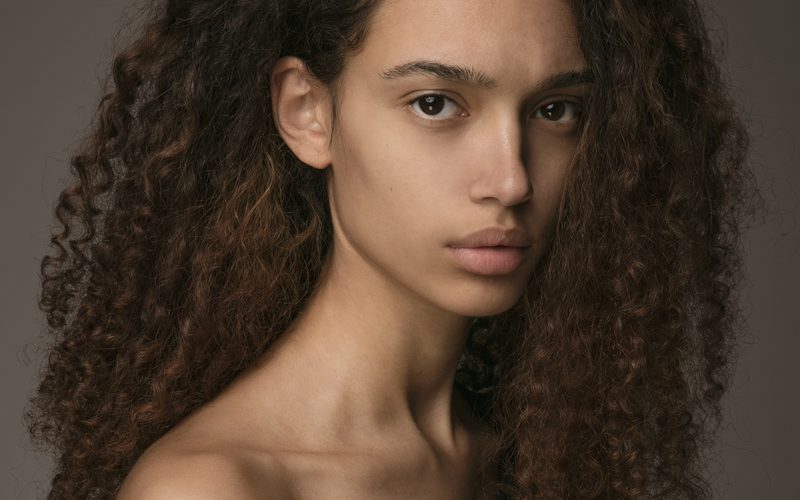 With great faces these days being found everywhere from the local McDonald’s to Instagram, you never know where modeling’s latest star will come from. So here are five things you need to know about new it-girl Nandy Nicodeme:

She is a Belieber—of course

“If I hadn’t been at Justin Bieber’s show, I probably never would have met my agent, and before he said I should consider modeling, I’d never thought about it! Shortly afterward, I signed with Next. I guess that I wouldn’t be doing all the things I’ve done and will do if I hadn’t gone to his show. So I’m grateful to him, in a way. And he is my favorite singer.”

She was happy to debut alongside the boys

“It was a lot of fun to walk with the guys [for my first show]. They were so much fun, and they kept the energy high all day backstage. I guess there’s more natural competition between the girls, but in my experience everyone has been so kind and genuine.”

Her success this season came as a surprise

“When I arrived in Paris, I thought I would do one or two shows—I didn’t know I’d wind up doing that many! Even when you’re tired of running around at all the castings, fashion week is fun; the energy and creativity you’re surrounded by lift you up.”

“When I’m not working, most of the time I just try to see my family as soon as I can or spend time with my best friends. My mom is the biggest influence in my life. Since I was young, she’s taught me that in life I should take all the chances I can. Sometimes I’ll fall, but I just have to get right back up. My brother is like half of me; I want to make them both proud because they’re the two people who have had the biggest impact on my life.”

She went home with a special Prada souvenir

“The most surprising thing this season was seeing my face on the wall during my second show for Prada. I didn’t know about the set before I saw it, so it was impressive and flattering to see. They actually gave [the posters] to us after the show! It’s incredible to be around a team that is filled with so much creativity. The hair and makeup were great and the people were great.”