More than a million people joined women’s marches around the world on Jan. 21st to protest Donald Trump’s presidency. 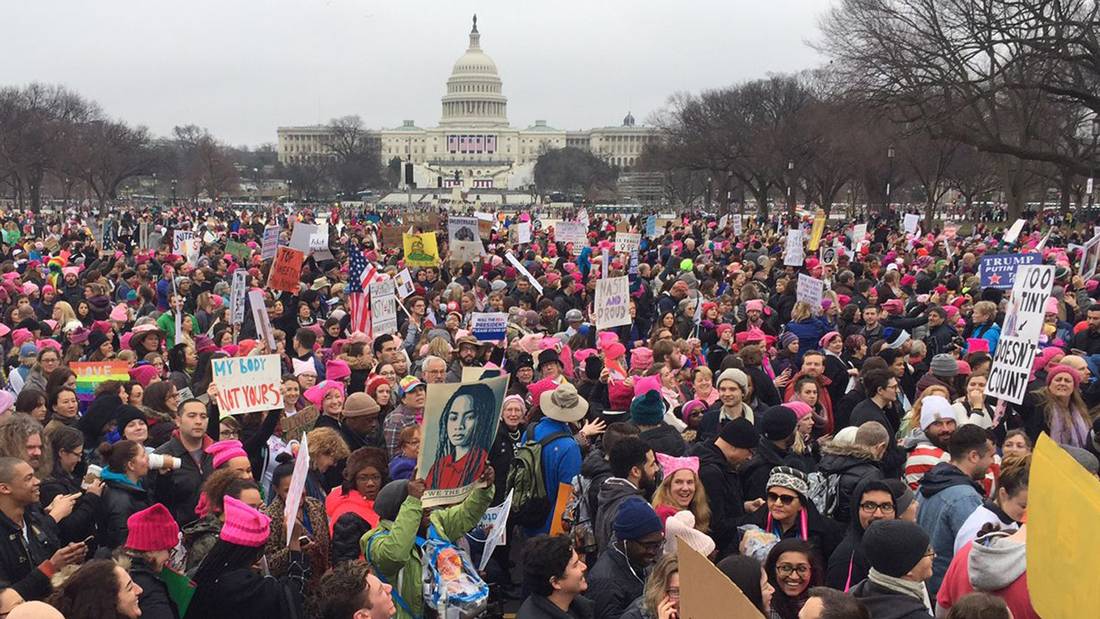 But here’s what celebrities had to say :

Singer Rihanna was also present at the event and shared this picture on her social media:

Actress Scarlett Johansson addressed President Donald Trump directly from the podium, saying, “I didn’t vote for you but I respect the fact that you are the president. But before I support you, I ask you to support me.” She asked him to ensure that her daughter gets to grow up with the same ones his daughters enjoy.

“I am a very nasty woman!” actress Ashley Judd proclaimed on the stage. “Like Susan, Eleanor, Amelia, Rosa, Gloria, Hillary and Michelle,” ticking off the names of feminist icons. 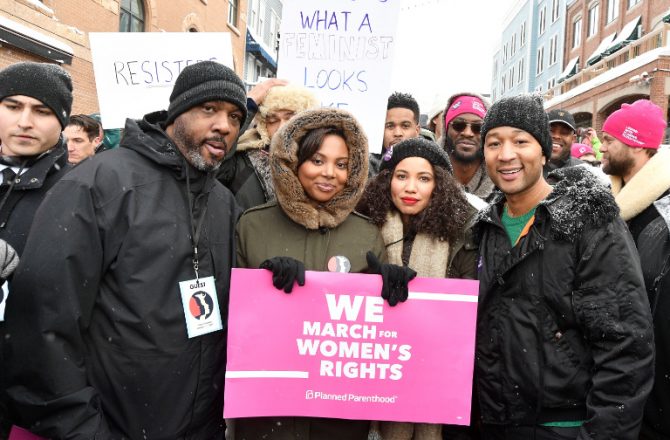 Director Michael Moore told the crowd as he encouraged them to run for their local offices: “This is no time for shy people! Shy people, you have two hours to get over it!”

Actress America Ferrera  spoke out against forms of division  some of which existed long before Trump’s political rise and urged the country to stand in solidarity with people of different races, ages, genders, sexualities, and countries of origin.

Actress America Ferrera speaks at the #WomensMarch in Washington, DC: "Our rights have all been under attack" https://t.co/fVsrXa6oaj

And even singer Madonna made a surprise appearance at the Women’s March in Washington to deliver a powerful speech to the hundreds of thousands who gathered in the nation’s capital.

And for the celebs who couldn’t make it to D.C. could be seen at local marches in Los Angeles, London and even Park City, Utah, where the Sundance Film Festival is currently going on.

Scroll down to see who showed up to support women across the country.

Emma Watson asks for barricade to be removed so she can greet marchers. This is something you don't see every day. #WomensMarchOnWashington pic.twitter.com/Fq41r1KEOI