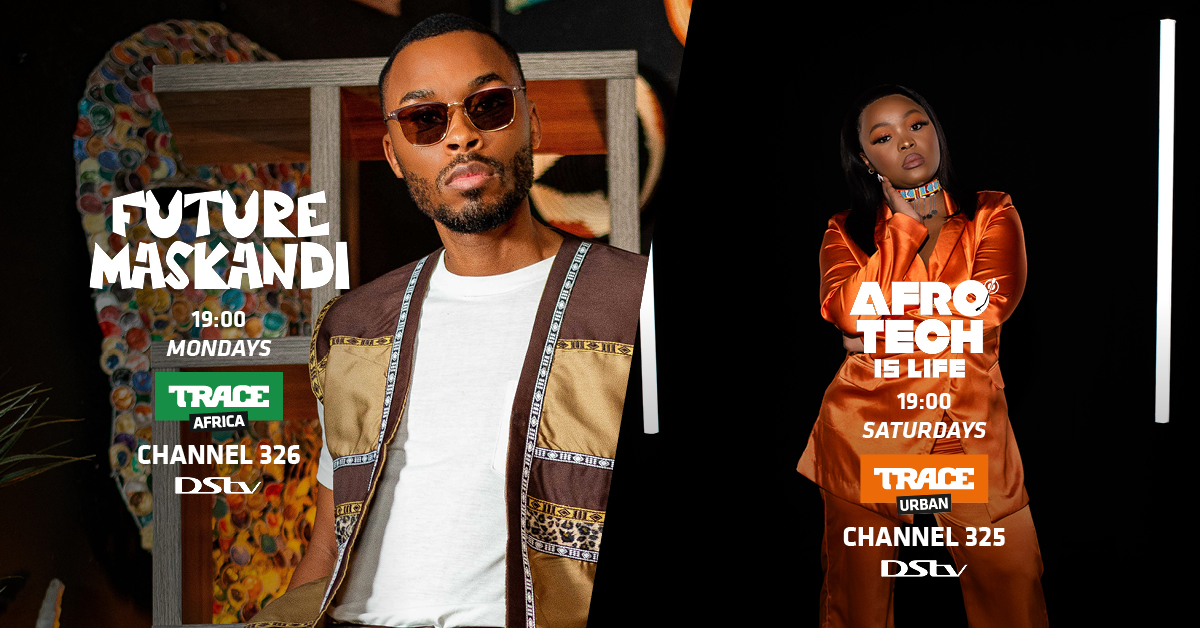 Hosted by seasoned presenter and musician Zulu Mkhathini, the FUTURE MASKANDI show will air on Monday evenings at 19:00 CAT from 3 October 2022 and repeats on Wednesdays at 14:00 CAT on TRACE Africa &amp; Sunday 19h00 CAT. Features on the show include artist like Mzukulu, Mnqobi Yazo, Lwah Ndlunkulu Thee Legacy, Big Zulu and many more.

FUTURE MASKANDI is a fiery 13-part studio based, insert driven variety show. Set to introduce the viewers to the backstories and music of new entrants into the Maskandi Music space, the show aims to not only showcase but celebrate artists who have fused traditional Maskandi music with a fresh contemporary sound. Produced by Trace Studios, South Africa, the show launches in October with much anticipation for creating audience impact.

AFRO TECH IS LIFE will feature ambitious South African up-and-coming DJs and a selection of A-list Afro Tech DJs and who will play a set for a swanky, and select group of in-studio party goers. Switching up the vibe, the show is set as the ultimate platform for the next wave of the next generation of ambitious and super talented DJ’s to stand up and shine, this show is so much bigger than just the music – it’s about seeing and being seen as a tastemaker and early adopter of this exciting new African music movement. The show will air on Saturdays on TRACE Urban at 19:00 CAT launching on 1 October 2022 and repeats on Thursday evenings at 20:00 CAT.

THE RE-INTRODUCTION – coming in November – is an exciting 24 min long music doccie series which aims to retell the stories of icons such as Fela Kuti and Brenda Fassie to a whole new audience of music lovers. Each episode will focus on one music legend, whose story will be anchored by a present-day music star including Zoe Modiga, J’Something, Langa Mavuso, Rouge, Sarkodie, Moozlie and many more. The show will air on Sundays at 18:00 CAT and repeat on Tuesday at 18:00 and Saturday at 12:00 CAT on TRACE Urban. It will also be shown on TRACE Africa on Saturdays at 15:00 CAT and repeat at 13:30 and Wednesdays at 22:30 CAT.

“With our on-going commitment to empower, direct and nurture young local artists to create quality local musically content, we are ecstatic about the three new offering onto the channel. These Trace originals aim to propel further growth within the younger audience segment offering not just music but edutainment, fashion and lifestyle” shared Trace’s Managing Director – Southern Africa, Valentine Gaudin-Muteba.