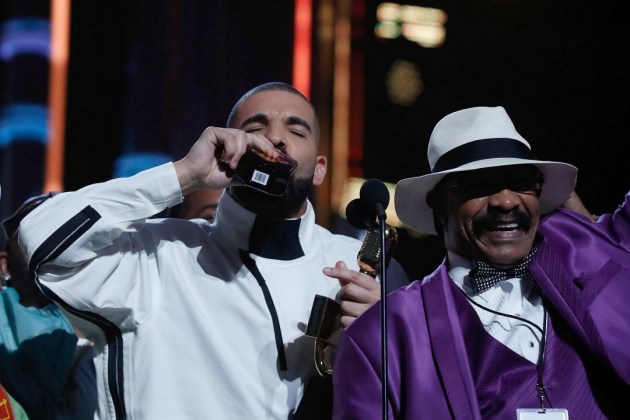 Drake and his pop, Dennis Graham, recently got together for some hilarious ads for the Toronto rap star’s whiskey brand, Virginia Black.

In the videos, Aubrey and Dennis are clearly taking shots at Dos Equis’ The Most Interesting Man in the World ad campaign.

A second similar ad has Dennis proclaiming, “What’s under my du-rag? Another du-rug.”

It definitely looks like the OVO rapper is trying to get the liquor line popping. Drizzy first started promoting the Virginia Black brand last February. Taking to Instagram, he posted an ad for the then unreleased liquor line. “After that legendary moment what else is there to do but celebrate with class. Virginia Black coming soon…,” he captioned the pic.

Whether Aubrey’s adult drink will have the same effect on the culture as Diddy’s Ciroc and JAY-Z’s Dusse, time will tell.