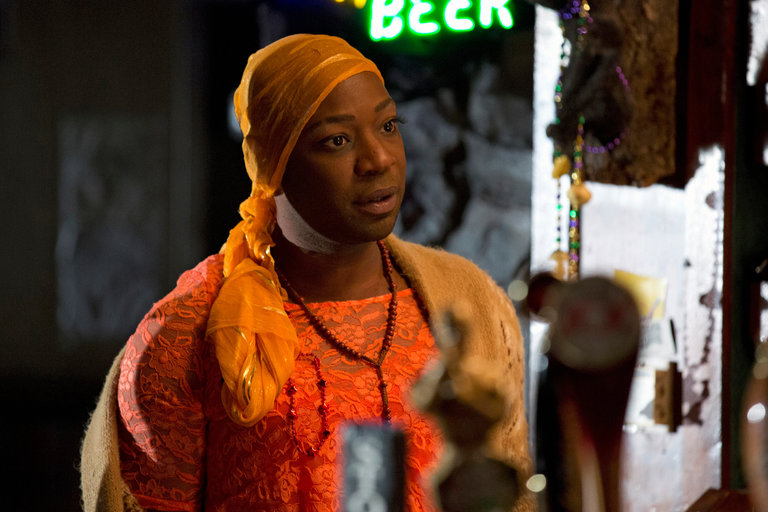 Nelsan Ellis, the actor known for his role of Lafayette on the HBO series True Blood, died at the age of 39.

His manager, Emily Gerson Saines, confirmed the news to EW. “Nelsan has passed away after complications with heart failure,” she said in a statement. “He was a great talent, and his words and presence will be forever missed.”

Recalled by many as talented and underrated, Ellis became a True Blood fan-favorite for his portrayal of the scene-stealing, gay short order cook at Merlotte’s Bar in the fictional Louisiana town. Though the character did not survive in the books, Ellis’s memorable portrayal of Lafayette kept him in the series. Ellis appeared in True Blood throughout its seven-series run after first appearing as the cook at Merlotte’s Grill in 2008. He also had roles in The Help in 2011 and most recently appeared in CBS show Elementary.

Ellis’s co-stars and others reacted to his death over the weekend with photos and memories. RIP Nelsan.

Rise in Peace, King. And thank you for sharing your gifts with us. You made a difference. #nelsanellis pic.twitter.com/blav8fr3Qc

Crushed today by the loss of my friend and castmate Nelsan Ellis. He was a wonderful person, a pioneer, and a one of a kind artist. RIP pic.twitter.com/fvtquhIac7

It was an utter privilege to work with the phenomenally talented and deeply kind soul .@OfficialNelsan I'm devastated by his untimely death. pic.twitter.com/If17csduHz