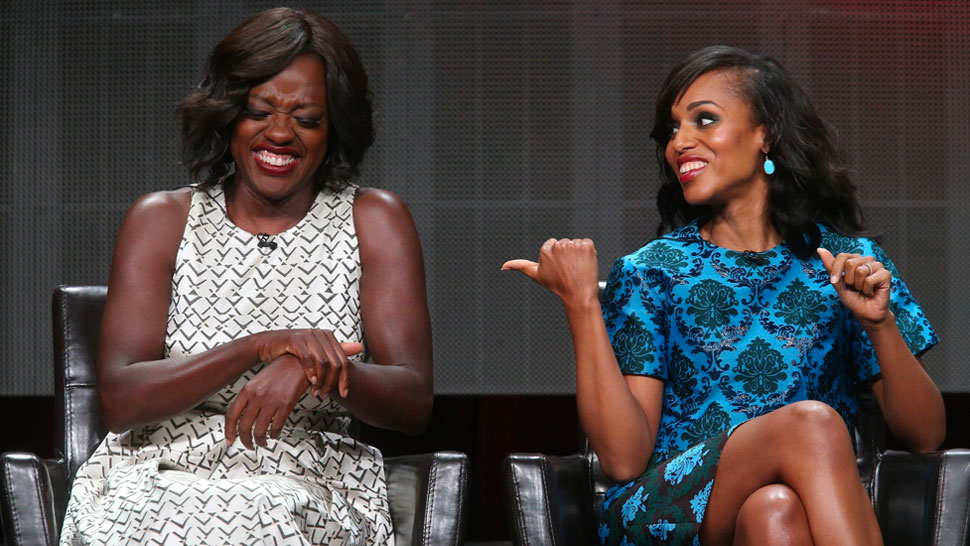 Scandal and How To Get Away With Murder will stage crossover episodes that will see Annalise Keating and Olivia Pope share the small screen for the first time.

It’s happening, people ! All our Shondaland wildest dreams are about to come true as two of the main characters of the production company’s top shows will appear and interact in the same episode. Cue the hysterical screams.

Yes,  How To Get Away With Murder‘s lawyer and professor Annalise Keating and crisis manager Olivia Pope from Scandal will finally meet in what already sound like an epic TV moment.

The actresses Viola Davis and Kerry Washington both shared pictures on their social that left no room for doubt. The first was posing in Scandal‘s Oval Office while the latter has been photographed seated at the HTGAWM courtroom set.

More than one episode ?

And for those who thought the two talented artists were just playing around, boss lady Shonda Rhimes, the mastermind behind Shondaland, set the record straight by sharing a snapshot of the script on her Twitter account.

“At the beginning of the season, my writers and I were planning out Viola’s entire arc and something in her story organically came up that was very appropriate for Scandal. When I went to Shonda, she heard it. I said, we don’t have to do it, Viola’s arc doesn’t need this, but it’s possible that their stories could cross really organically. She actually pulled up a clip of something from Scandal and their side of the story coalesced perfectly. So it was one of those serendipitous things where we both realized it was good for both characters, and it almost felt like we had been planning it since last season.

At that point, we just thought about it because we didn’t want it to feel forced, and we just wanted it to happen really naturally. And then if anything bumps along the way, we just won’t do it. We kept getting closer and closer, and it just made more and more sense. I will say, the Scandal read-through, I, as an audience member, just found it so refreshing and fun, and it really felt like Annalise fit in that episode really well. So now the pressure for us for Murder is just to match that level of excitement that they created.”

Scandal and How to Get Away with Murder return with new episodes January 18.