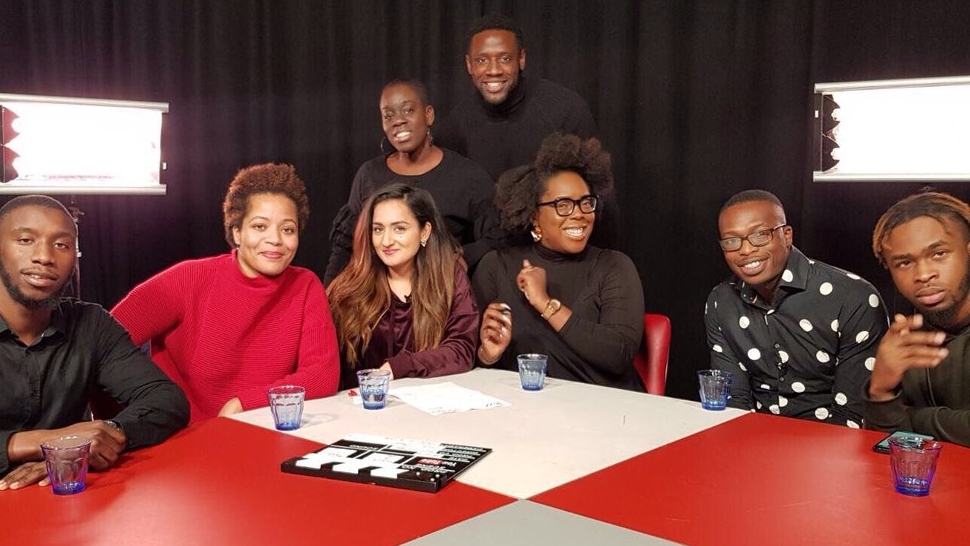 BWNG Ltd and The British Blacklist present ‘The Circle’.

Created by the respective companies’ founders (Leon Mayne & Akua Gyamfi), the roundtable series connects a golden generation of BAME creatives and filmmakers together to speak on their journeys, the creative process, the highs and lows, and the future of Digital, TV & Film.

The series will feature 5 episodes: Producers & Development Execs, Writers & Creators, Directors & Filmmakers, Actors & Actresses and Crew & Post Production, and also include a special workshop segment called ‘The Process’, where an idea created by the writers roundtable will find its way through all the other respective episodes to highlight approach and fun creativity.

“I created this project to highlight some of the great minds in front of & behind the
screen. Although there is evidently more work to be done in representation &
inclusivity, it’s important to champion the rich pool of creatives who have been
paving the way for themselves & others in Digital, TV & Film. The Circle will provide
a focal point for awareness, inspiration & camaraderie amongst both up-&-coming
& established creatives as well as edutain audiences” – Leon Mayne

“The Circle seemed like a no-brainer. In our continuing quest to shed light on the journeys of British diverse content creators how better than to get them together on camera, sharing their stories! Hoping that what they experienced will inspire future generations, and or validate those who have been struggling to be heard in an industry which doesn’t readily accept ‘other’ storytellers. It’s especially been a pleasure to work with a completely diverse crew behind the camera. We are showing the industry it can be done, and it isn’t very difficult.”  – Akua Gyamfi

The project has been nearly two years in the making with Leon and Akua shooting a pilot with the golden generation of webseries creators in 2016. A full series was then self-commissioned a year later, and Levile TV were brought on board as collaborators.

“The opportunity to direct this project arose after a phone conversation with Leon Mayne. I was discussing an idea that was not too dissimilar from a project he had piloted with Akua a while ago. We all discussed how we could create this project and provide a platform to allow industry professionals from a diverse background to represent us with thoughtful & insightful information.” – Ola Christian, Levile Founder.

The Circle beings Sunday 8th April 2018, 7pm via – Brothers With No Game