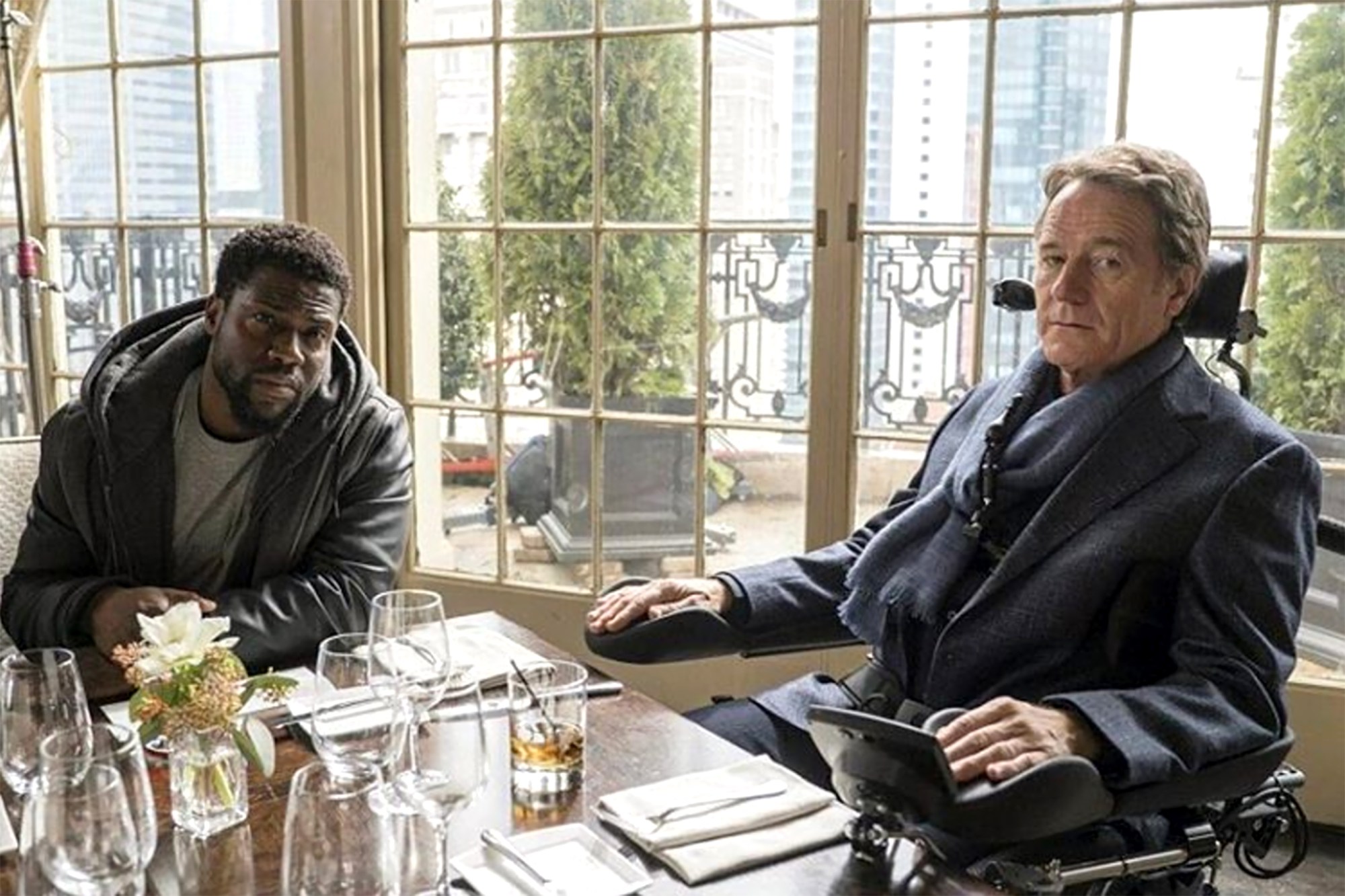 Kevin Hart and Bryan Cranston’s remake of the French movie The Intouchables is in the works !

Hart will co-star opposite the previously cast Colin Firth (playing the part originated in the 2011 French film by Francois Cluzet), in a film that tells the story relationship between a wealthy white aristocrat who becomes a quadriplegic after a paragliding accident, and the young “street-tough” black man he hires to take care of him.

The original film was a crowd-pleasing international hit, raking in more than $426 million worldwide, and a Hollywood version has been in the works for years. Finally, the American version is underway, to be titled Untouchable and directed by the Illusionist director Neil Burger. On Tuesday, Hart posted the first photos of his and Cranston’s characters.