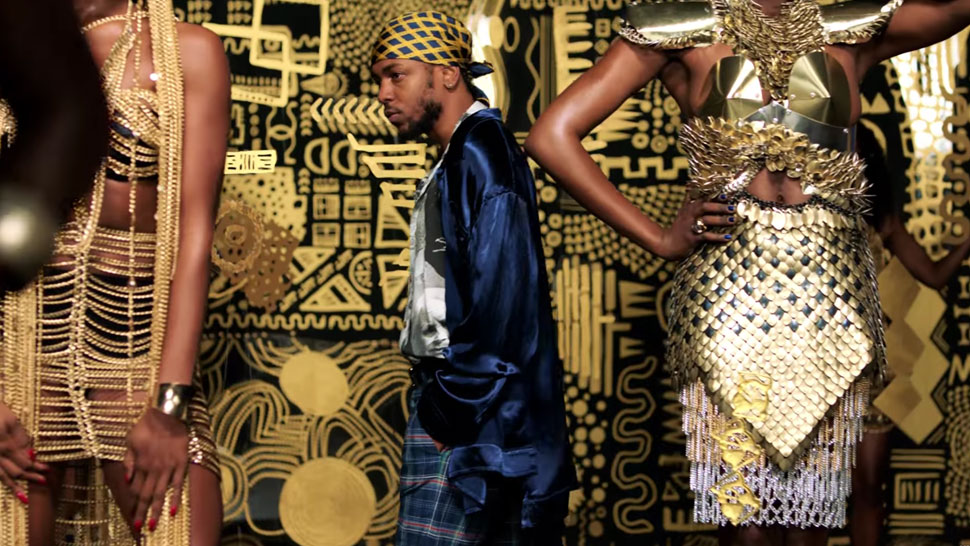 British-Liberian visual artist Lina Iris Viktor claims her work was used despite her not giving her permission to Kendrick Lamar & TDE.

We didn’t need any controversy to surround Black Panther but here it is. And it’s a disappointment. While watching the stunning visuals for “All The Stars”, we were convinced to have spotted the work of British Liberian artist Lina Iris Viktor. The royal golden patterns on a black background, the sapphire blue fabric worn by Kendrick, that was Viktor’s signature in the 19-second scene starting at 2:59 mark of the “All The Stars” video.

Now The New York Times reports the artist claims Kendrick Lamar and TDE used her work without permission. And honestly, we didn’t have to read her public statement to believe her. Contacted by the NYT, Lina Iris Viktor said, “Why would they do this? It’s an ethical issue, because what the whole film purports is that it’s about black empowerment, African excellence — that’s the whole concept of the story. And at the same time they’re stealing from African artists.”

Thank you to @guardian for featuring my work and current exhibition 'Black Exodus'. <3https://t.co/HBTdOJO9tK pic.twitter.com/GRUNDg5Y3J

Viktor was contacted by Marvel and Disney’s public relations firm DDA in December of 2017, when she turned down their request for permission a second time after having been previously reached out to. So it’s no surprise that both Viktor and her lawyer were upset to see her work appear in the video after making it clear that she didn’t want to participate in the campaign after first being contacted in 2016.