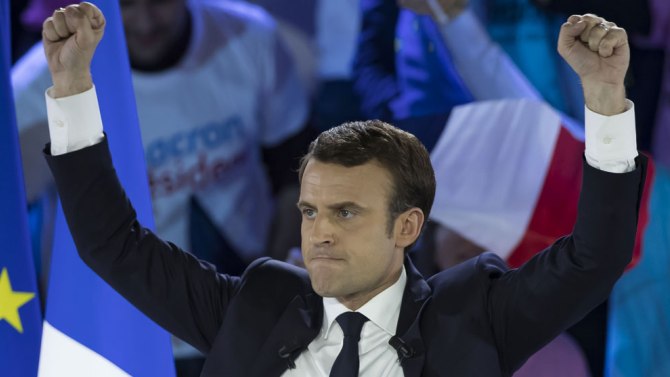 With a 65% of the vote, 39-year-old former investment banker and Economy Minister Emmanuel Macron will be the youngest president of France. After a contentious election that saw the first runoff between candidates from parties other than the traditional left and right, the independent centrist Macron defeated extreme right National Front leader Marine Le Pen. France was glued to the television today, holding its breath until the results were announced at precisely 8PM local time.

But a majority of the citizens of France aren’t the only people happy with Macron’s win over the weekend, social media seemed just as pleased with the results. Celebrities like Debra Messing, RuPaul, and Sophia Bush took to Twitter to voice their approval of France’s vote:

Vive le France!!!!! Oh, how happy this makes your friends in the United States. You voted for moving forward. #neverback

“There is no happiness without freedom and no freedom without courage.” Thank you to the brave.🙏 #film #election #liberty #republic #france pic.twitter.com/vINAmxwzw0

vive la france!!!!!!! BRAVO to all of my french friends who voted for humanity, compassion and empathy #MACRON pic.twitter.com/IhwnWfei5H

Congratulations to Emmanuel Macron on his big win today as the next President of France. I look very much forward to working with him!