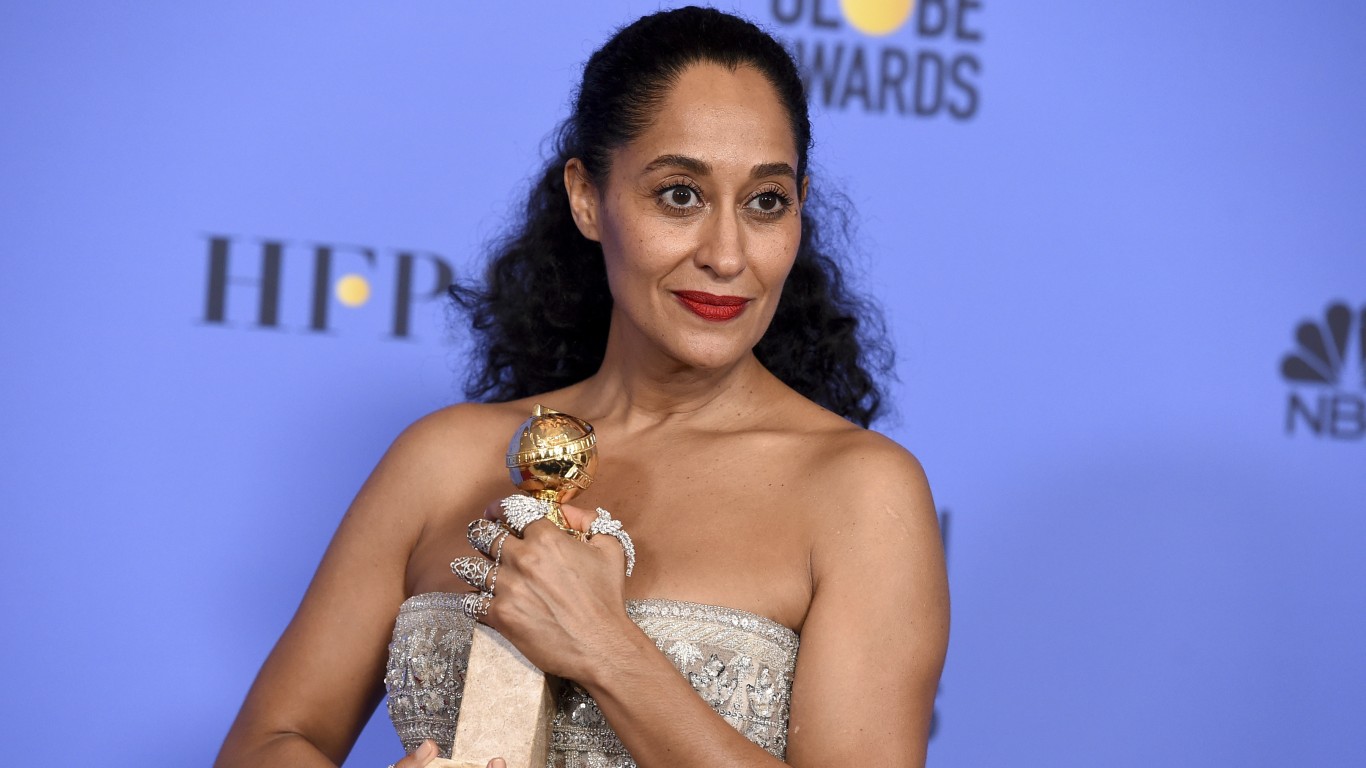 Let’s take a look back on this year’s most memorable moments of the 74th edition of the Golden Globes !

Between Tracee Ellis Ross winning at life at the awards and Donald Glover’s speech… we have plenty to feast on yesterday night. We were doubting it but we weren’t at all surprised. La La Land, the musical comedy by young director Damien Chazelle (Whiplash) featuring Ryan Gosling and Emma Stone, that literally swept everyone and all the awards away ! Seven nominations, seven victories : A RECORD !

But after this enormous win, here are the other awards that made this night very special.

For a first nomination at the Golden Globes after a 20 year long carrier, let’s just say Tracee owned it, like a champ. She hit a huge home run when taking home BEST PERFORMANCE in her hit show Blackish. An achievement that hadn’t yet been made by a black woman in over 34 years ! She proudly succeeds actress Debbie Allen (FAME)  who took home the award in 1982.

Tracee Ellis Ross went on to say ” This is for all of the women of color, and colorful people, whole stories, ideas, thoughts are not always considered worthy and valid and important”. Well said girl !

Thank you for telling the world our stories with comedy and class @TraceeEllisRoss. #Blackish pic.twitter.com/huTcohNXhN

Nominated in the best comedy/musical show category and best actor, Donald Glover and his show Atlanta left with two wins !

In his first speech, the actor who’s also known as the Childish Gambino insisted on thanking the residents of Atlanta “Thank you for being alive and being incredible people” as well as the Migos group (who appeared in a couple episodes) on the single “Bad and Boujee” aka “the best song in the world” according to him. And we’d be crazy not to agree with the man !

Nominated in six categories, Moonlight, Barry Jenkins’s drama, is about a young gay black man whose story is told from childhood to adulthood. No award taken home but what an award this movie is ! The film composed of a 100% afro cast was nominated  Best Dramatic Movie.

The first big award ceremony to be held since Donald Trump’s presidential win, the Golden Globes gave a salty taste on what’s to come in the near future as far as government goes as well as what’s to come of the movie industry.  Honored last night by the Cecil B.DeMille Award, Meryl Streep gave us an anti-Trump speech to remember ! Without mentioning the president elect’s name, the actress called out the fact that the majority of the people in the room were all from different backgrounds. “If we throw everyone out, you would have nothing to watch besides football and MMA, and that’s no where near artistic”.

#HiddenFences : the bad buzz that made the web laugh and cry at the same time

"you're nominated for Hidden Fences" pic.twitter.com/7My6dtEkbG

The other big moment of this year’s ceremony that wasn’t held live was held on Twitter. On the red carpet, a journalist asked Pharrel Williams to talk to him about the movie Hidden Fences in which he was nominated. Except this movie, doesn’t exist.

What actually happened was that reporter Jenna Bush mixed up two movies, Hidden Figures and Fences, both that put front and center black actors. The revelatory lapsus that no one left unnoticed…especially Ebony Magazine !

Hey, we don't all look a like. Put some respect on our movies. #GoldenGlobes pic.twitter.com/oLRiMo5500

A series full of hilarious memes followed exposing both the comic and the lack of effort sides that certain medias decide to have when it comes about talking movies portraying non white characters. The hashtag #GoldenGlobeErrors went viral :

See the full list of winners and nominees below:

Best Television Series, Drama
WINNER The Crown
Game of Thrones
Stranger Things
This Is Us
Westworld

Best Performance by an Actor in a Leading Role in a Series, Limited Series, or Motion Picture Made for Television
Riz Ahmed, The Night Of
Bryan Cranston, All the Way
WINNER Tom Hiddleston, The Night Manager
Courtney B. Vance, The People v. O.J.: American Crime Story
John Turturro, The Night Of

Best Performance by a Supporting Actress in a Series, Limited Series, or Motion Picture Made for Television
WINNER Olivia Colman, The Night Manager
Lena Headey, Game of Thrones
Chrissy Metz, This Is Us
Mandy Moore, This Is Us
Thandie Newton, Westworld