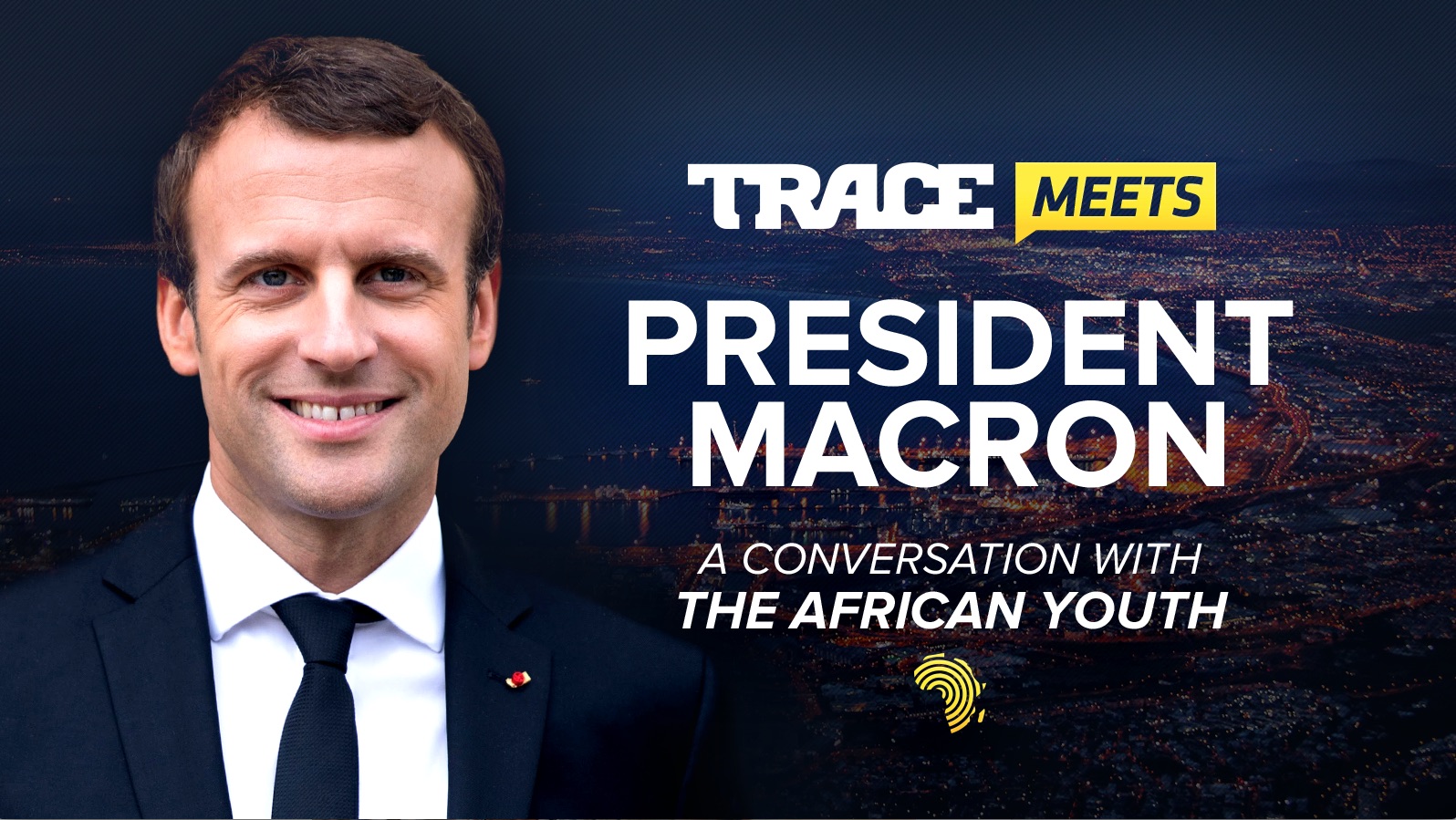 From 28th to 30th of November 2017, The French President Macron will make an official visit to Burkina Faso, Côte d’Ivoire and Ghana and he wants to engage in a dialogue with African youth.He accepted the invitation of TRACE, the leading youth media in Africa, to respond directly to the questions posed by the new African generations.

On this occasion, TRACE produces a special hour-long program recorded in Ghana:

TRACE meets President Macron,
A conversation with the African youth

Presented by the journalist Alice Tumler, this show will be available in 2 versions: an original French version and an English subtitled version. The show will be broadcast from Sunday, December 3, on 8 TRACE TV channels, French and English, distributed mainly in Africa and France with more than 100 million viewers and fans on social networks.

The first questions received cover the themes of the relationship and the history of France-Africa, slavery, the problems encountered by the African diaspora in France, the role of France to promote youth employment in Africa, culture, sport, environment…

Olivier Laouchez, CEO and co-founder of TRACE declares: “Our audience, in France and in Africa, beyond a real passion for Afro-urban music and celebrities, is extremely attentive to the themes that touch his life, his its history and its success. France and Africa have centuries of common history and yet they do not know each other well. On a daily basis, TRACE builds cultural bridges between African youths in Africa and also with French youth. With this special issue, TRACE is a mediator between President Macron and the new African generations including the African diaspora present in France. Africa and France have everything to gain by establishing this dialogue. “