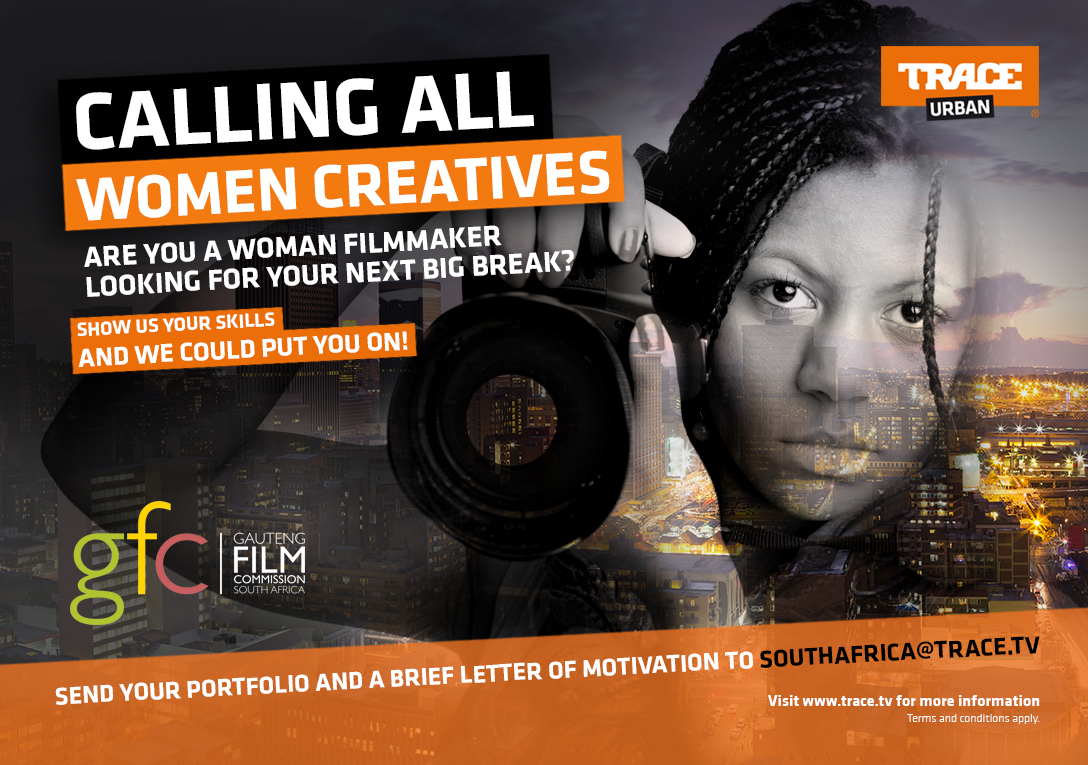 In honour of #WomensMonth, TRACE has partnered up with the Gauteng Film Commission to celebrate women in film.

TRACE is calling on all young female filmmakers/videographers who are just out of school or studying and excelling at what they do and looking for an opportunity to showcase their talent on the TRACE Africa and TRACE Urban platforms.

Simply send your portfolio and a brief letter of motivation to southafrica@trace.tv

TRACE will then shortlist the best videographers by Monday, 28th of August (top 5). A stipend of R5000 will be given to the talented five to produce a short film of 2mins to be broadcast on TRACE Urban and TRACE Africa.

The videographers will have two weeks to produce the short film and have them delivered to TRACE  no later than 5pm on Monday, 11th September.

The winner of the competition will win R25 000 and will be given a budget of R50 000 to produce a 20mins documentary to be broadcast on the TRACE channels and on TRACE Play.