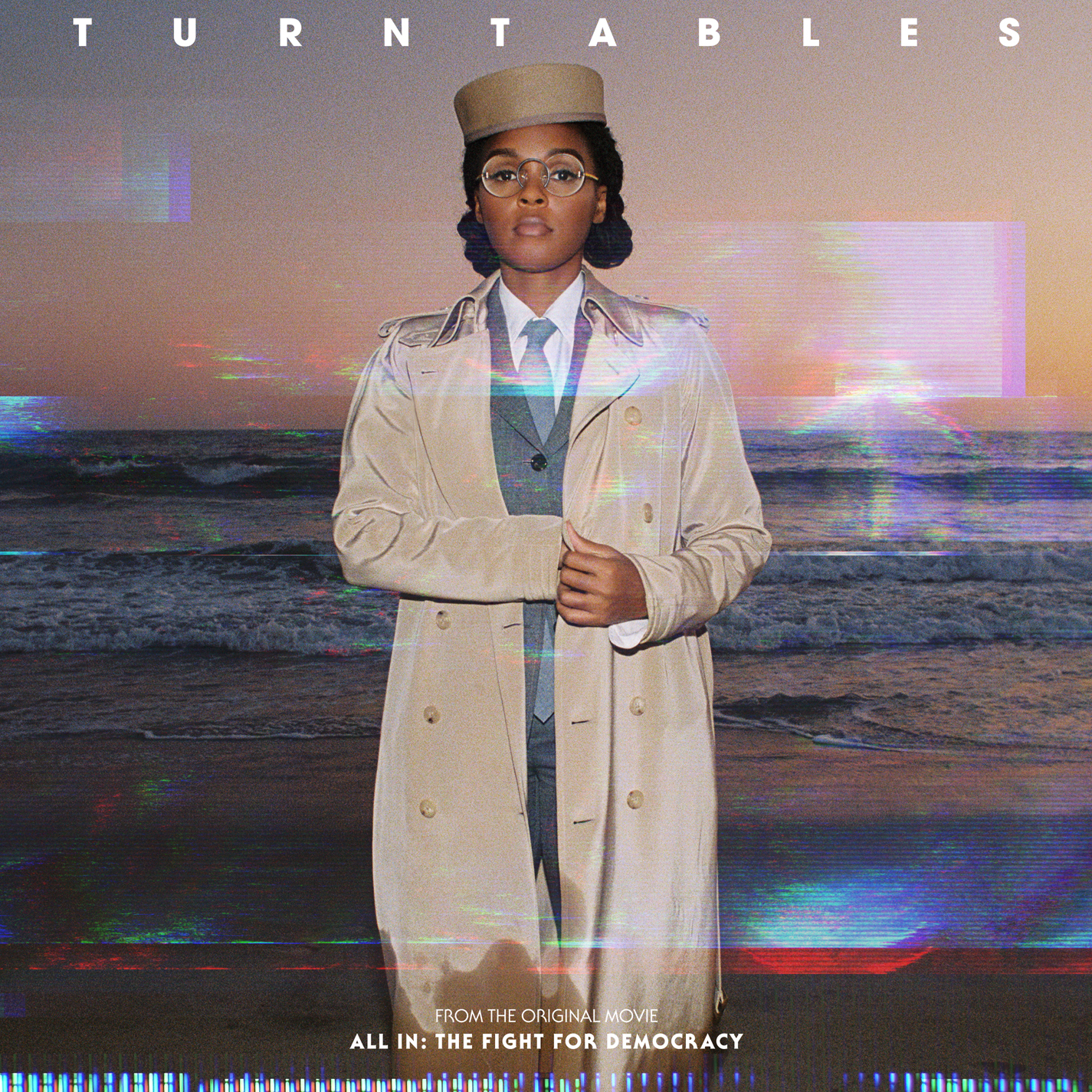 “TURNTABLES” WRITTEN FOR AND FEATURED IN AMAZON STUDIOS’ UPCOMING DOCUMENTARY, ALL IN: THE FIGHT FOR DEMOCRACY

ALL IN: THE FIGHT FOR DEMOCRACY CURRENTLY IN SELECT THEATRES

GRAMMY® Award-nominated singer-songwriter-performer-producer-actress-activist Janelle Monáe returns with the incredibly powerful companion visual of her extraordinary new song “Turntables.” Watch the child-directed visual HERE. “Turntables” was written for and featured in the upcoming Amazon Studios documentary, All In: The Fight For Democracy, which premiered in select theatres nationwide last week and will stream exclusively via Amazon Prime Video starting Friday, September 18th. Watch the official trailer HERE.

All In: The Fight for Democracy examines the often overlooked, yet insidious issue of voter suppression in the United States in anticipation of the 2020 Presidential Election. Directed by Oscar-nominated and Emmy-winning filmmaker Liz Garbus and Oscar-nominated and Emmy-nominated filmmaker Lisa Cortés, and produced by Garbus, Cortés, Academy Award-winning producer Dan Cogan and Stacey Abrams, the film interweaves personal experiences with current activism and historical insight to expose a problem that has corrupted our democracy from the very beginning. With the perspective and expertise of Stacey Abrams, the former Minority Leader of the Georgia House of Representatives and founder of voter suppression advocacy group Fair Fight Action, All In: The Fight for Democracy will offer an insider’s look into laws and barriers to voting that most people don’t even know is a threat to their basic rights as citizens of the United States.

In coordination with All In: The Fight for Democracy, the filmmakers and Amazon Studios have launched #ALLINFORVOTING, a social impact campaign with nonprofits and grassroots organizations to release digital content to combat misinformation about the voting process, and launch targeted campaign programming to educate and register first-time voters. For additional information please visit LINK.

In addition to today’s premiere of “Turntables,” Monáe will soon be seen starring in the eagerly awaited Lionsgate film, Antebellum, a terrifying new thriller from the producer of the acclaimed films Get Outand Us. Antebellum will be available on demand at home beginning Friday, September 18th; the film’s trailer can be viewed now via YouTube HERE.

Janelle Monáe is one of the most celebrated artists of our time. An 8-time Grammy-nominated singer, songwriter, producer, performer, activist, and fashion icon, she is known worldwide for her inimitable style and visionary sound, which celebrates the spectrum of identity. As a humanitarian, her position as a co-chair for When We All Vote, and her Fem the Future initiative, empowering other female filmmakers inspires and empowers not only fellow creatives but society as a whole.